Dr Anna Hájková's book called "The Last Ghetto: An Everyday History of Theresienstadt" has been published

Dr Guido van Meersbergen has published a GHCC blog on pandemics at: https://warwick.ac.uk/fac/arts/history/ghcc/blog/

One piece features Amy Evans, our GHCC secretary at: https://warwick.ac.uk/fac/arts/history/ghcc/blog/amy_and_the .

Professor David Lambert writes about the "The fall of Edward Colston"

David's piece about the toppling of the bronze statue of Edward Colston can be read at:

Faculty of Arts Online HE Fair

The Faculty of Arts at the University of Warwick is holding an online HE Fair on 13 May 2020 from 1pm to 3pm, this HE Fair is held in conjunction with UEA and Goldsmith University covering a number of Arts and Humanities subjects including History. Further details can be found at:

Professor Hilary Marland provides expert opinion on BBC One's Who Do You Think You Are?

In a first for Who Do You Think You Are?, father-and-son comedy double-act Jack and Michael Whitehall join forces to investigate their family tree. They discover the tragedy that left Jack’s great grandfather (Michael’s grandfather) an orphan. And tracing their line back to Wales in the 1830s, they find out about a Tory ancestor's role in opposing the Chartist movement for wider voting rights.

Professor Hilary Marland features in the programme, which is now available on BBC iPlayer.

BBC Radio 4’s File on 4 programme this week examined the experiences of the Kenyan tea workers affected in the post-electoral violence in Kenya in January 2008. The workers are now trying to get compensation for murders and rapes from Unilever, the owner of the tea estate where the violence occurred. An interview with Professor David M Anderson features in the programme. The programme, entitled Bitter Brew is now available on the BBC Sounds website.

The Conversation has published an article by Dr Rosa Salzberg of the Warwick University History Department on the accommodation issues faced by Venice during the Renaissance. Please see the full article on The Conversation's website. 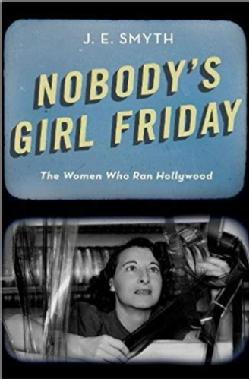