If we fix our minds on the afterlife, as it is our God-given duty to do, then the things of this world should be of as of nothing to us: 'it is easier for a camel to pass through the eye of a needle than for a rich man to enter the kingdom of heaven' Matt 19.24

So, are those who are interested in fine clothes and houses, jewels and baubles, and rich and exotic foods and drink, simply 'fallen'? Is the only good life the simple life? And, when these goods begin to spread - so that they are no longer merely accessories to the exercise and expression of royal power but begin to filter down to the population at large - is this the modern Babylon ? Can it be understood entirely differently? In many respects this is what Mandeville, and Addison and Steele, are interested in - the rise of a culture of consumption and its impact.

Mandeville, The Fable of the Bees - this is a not very long poem, to which are attached a series of 'Remarks' : For the class we will ask you to prepare by looking at one each of the shorter and longer remarks - focusing on how Mandeville makes his argument:

For the poem see: https://oll.libertyfund.org/title/kaye-the-fable-of-the-bees-or-private-vices-publick-benefits-vol-1#lf0014-01_head_028

I'm most interested in you exploring the way Mandeville makes his arguments;

What he assumes about the motivation of ordinary men and women?

Whether there is an asymmetry in relation to the political elite (in terms of their motivations)?

Whether you read Mandeville as a pessimist - or as an optimist?

But its also worth reflecting on different tropes that might be present in his work - irony, parody, satire, pastiche - should we treat what he says entirely propositionally - or as seeking its effect in means other than the logic of his argument?

There is an interesting In Our Time episode on The Fable of the Bees @ https://www.bbc.co.uk/programmes/m0000t3y

The lecture will also talk briefly about Joseph Addison (1672-1719) and Richard Steele (1672-1729) and the Tatler and the Spectator papers - seeing this as an emerging commentary on an emerging commercial society.

You need to get some sense of the extent to which ordinary people (by which we probably mean members of the middling orders in urban settings) were seen as increasingly acting as avid consumers, in a culture in which consumption had also become a social marker - a way of indicating and claiming status. As we shall see in coming weeks - these desires and appetites were often seen as arising, not from the promptings of nature and a pure heart, but as an artefact of fashionable society which swept everything before it - producing some of the most perfect monstrosities of fashion, and drawing an ever wider community of consumers into its orbit.

We will look at some of the more extreme examples of fashion and contemporary culture and at the transformation, in early nineteenth century Britain and France, of this into an increasing moderation and conformity of codes of dress and style, albeit with the additional inventions of the macaroni and a range of extreme social types.

1. Hair, both on top and facial – and hairdressing (see the seminal piece by John Barrell in his Spirit of Despotism on wigs, bear grease and flour - available on library catalogue) and McKenrick’s essay in The Birth of Consumer Society ed Brewer, McKenrick and Plumb (copies at HC257.E5 M37)
2. Men’s dress and fashion – especially macaronis (see, for example, 'That Doubtful Gender”: Macaroni Dress and Male Sexualities', Fashion Theory (1999)
3. Women’s dress and fashion
4. Food and drink

5. You might also look at the politicisation of consumption in relation to the slave trade and sugar - notable in Andrew Burns Second Address (available through ECCO on the web, through the Library): Burn, Andrew. A second address to the people of Great Britain: containing a new, and most powerful argument to abstain from the use of West India sugar. By an eye witness to the facts related. 2nd ed., printed for M. Gurney, No 128, Holborn Hill, MDCCXCII. [1792]. Eighteenth Century Collections Online, https://link.gale.com/apps/doc/CW0104182876/ECCO?u=oxford&sid=
ECCO&xid=f46db035.

For further information on your topic take a look at:

The Burney Collection - a collection of 17th and 18th newspapers, and especially the advert pages! You can access these via the libraray catalogue - just type in 'Burney Collection' (There are selections available here).

Brewer and Porter ed Consumption and the world of goods (available at HC79.C6 C673)

Maxine Berg and Elizabeth Eger, Luxury in the eighteenth century (available as ebook) 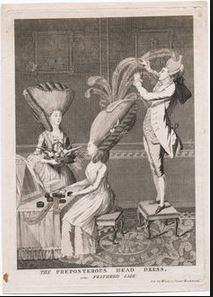 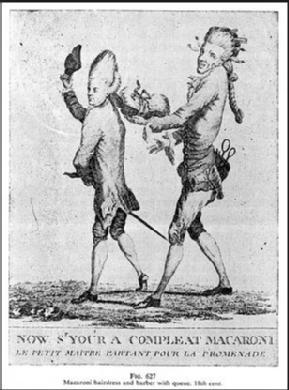