My Thesis: The Manuscript Poetry of Thomas St Nicholas and the Writing of ‘Scripturalism’ in Early Modern Britain, 1559-1720.

It is Shakespeare’s eponymous misanthrope who descries that all should “[c]rack the lawyer's voice,/That he may never more false title plead,/Nor sound his quillets shrilly” (The Life Of Timon Of Athens IV.iii.162-4). Yet despite their specious reputation, both then and now, for half-truths and double dealing, there is one whose voice may have melted the stony heart of Timon. For it is the little known poetry of the Kent born lawyer, Thomas St Nicholas (bap. 1602, d. 1668), that clarions such a devotion to divine conduct and counsel. In a meticulously kept manuscript composed of seventy poems, spanning nearly forty-four years, this country attorney explores the contrapuntal rhythms of human life. From the horrors of political imprisonment to the honours of religious independence; from the cloistered hearth and heart to the commuted friend and foe; escapes from death and the eventual march towards it – St Nicholas’ work evokes a familiar ease which though unassuming is not uninformed.

Chronological in its focus, the thesis moves from St Nicholas’ carceral verse that emulated the protests of other Civil War prison narratives (both parliamentarian and Royalist); to his Interregnum battle hymn that was part of a vibrant culture of hymn writing for thanksgiving days in the 1650’s (by Independents, Republicans, and established parish clergy); to his Restoration sickness narrative that adhered to those of other religious writers (Baptists, Quakers, Anglicans); to his providential account of the Great Fire of London (that had much in common with the images espoused by elite pulpiteers and popular balladeers); and finally his examination of ‘evidences’ that justified his self-writing as preparatory works for the Final Judgement (as many other God-fearing Calvinist writers had done). Throughout St Nicholas’ verse is shown to be deeply engaged in literary modes of expression that were being played out amongst a variety of English writers.

My research interests include a wide array of topics in manuscript and print culture within the early modern period. These include Dissenting studies, prison literature and martyrdom, newsbooks, spiritual manuals and diaries, psalmody and hymnology, medicine, witchcraft, husbandry, prosopography, preaching and prophecy.

Associate Tutor and Examiner (in the English Department) for the Undergraduate modules: (EN121) Medieval to Renaissance English Literature; (EN101), Epic into Novel; and (EN228) Seventeenth Century: The First Modern Age of English Literature.

Associate Tutor (in the Centre for Study of the Renaissance) for the Postgraduate module: (RS904) Renaissance Culture & Society.

Winner of the Vice Chancellor’s Award for Teaching Excellence (2015-16).

Public engagements include lectures for Warwick’s Widening Participation and Outreach Programme, as well as a regular contributor to the Early Modern Forum.

Member, including the Executive Committee, of various scholarly societies including: The International John Bunyan Society (General Secretary), The Dr Williams's Library, The Society for Renaissance Studies, and The George Herbert Society.

Organiser of major international and interdisciplinary conferences including: 'Devotional Writing in Print and Manuscript in Early Modern England, 1558-1700' (University of Warwick) 2017; and ‘Glorious Sounds: Exploring the Soundscapes of British Nonconformity, 1550-1800’ (Northumbria University) 2020.

‘The Impact of Printed Biographies on Manuscript Diarists: A Study of Clerical “Lives”’, Medieval and Early Modern Research Seminar (University of Leeds), 2020.

'He "gave my wife a piece of the thunderbolt": Strange Things, Providence and Perspectives in Seventeenth-Century England', Early Modern Research Centre Seminar Series (University of Reading), 2019.

‘“Physicians of no value”: Biblical and Anti-Medical Sentiments in the Writings of English Patients, 1600-1700’, IHR 17th Century Seminar Series (School of Advanced Study: University of London), 2018.

'"A Desire for Destiny": Gideon and the Theology of Purpose in Renaissance England', Thameside Church: Theology Lecture Series (Reading) 2016.

‘“Papists in Masquerade”: The “Abhorrers” of the Exclusion Crisis’, Editing Aphra Behn: How to do Things with Early Modern Words (Loughborough University), 2021.

‘“Work enough to do”: The Labour of Nonconformist Ministers and the Cost of their Ministries’, Honest Labour: Exploring the Interface between Work and Nonconformity (Loughborough University), 2019.

'"I read in Mr Alle[i]n’s Life with shame enough to myself": Biographical Writings and Readings amongst Dissenting Clergymen in Seventeenth-Century England’, Reading the Ministry, 1520-1848 Conference (University of Aberdeen), 2018.

'"What piteous lodgings these poor men had": Discipline and Defiance in the Prison Narratives of Seventeenth-Century England', Ordering the Margins of Society: Space, Authority and Control in Early Modern Britain (School of Advanced Study: University of London), 2017.

‘“Like Pharaohs made them fall”: The Origins of Dissenting Hymns', Voicing Dissent in the Long Reformation, Triennial John Bunyan Conference (Aix-en-Provence/France), 2016.

'"Have a little book in thy Conscience, and write therein": Writing the Puritan Conscience, 1600-1650’, Sin and Salvation in Reformation England (Shakespeare Institute/Stratford), 2013.

‘“Lessons written in bright Characters of Fire”: The Literary Culture of Urban Fire Narratives in England, 1603-1720’, The Review of English Studies (forthcoming, 2020).

‘“To hear what peals of psalms they forth did ring”: Psalm Suppression, Suspicion and Subversion during the English Revolution’, Literature Compass (forthcoming, 2020).

‘“More difficult for me to bear”: Child Loss and the Persecution of Dissenting Women in Seventeenth-Century Britain’, Seventeenth Century (forthcoming, 2020). 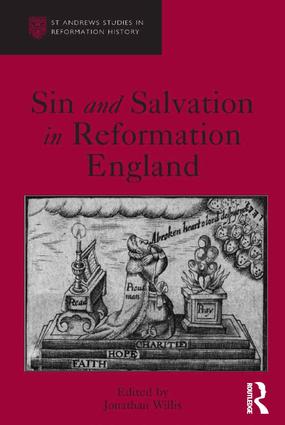 For my essay on puritan life-writing see: Sin and Salvation in Reformation England, ed. by Jonathan Willis (London: Routledge, 2016). 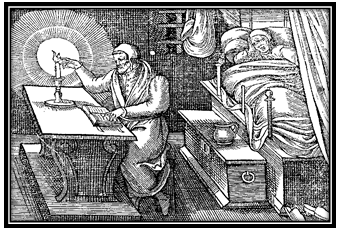 Devotional Writing in Print and Manuscript in Early Modern England, 1558-1700