The Nonviolent Struggle for Indian Freedom, 1905-19 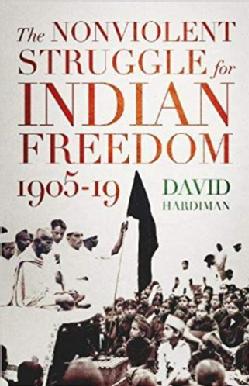 The Nonviolent Struggle for Indian Freedom, 1905-19 is a new book by Emeritus Professor David Hardiman.

Much of the recent surge in writing about the practice of nonviolent forms of resistance has focused on movements that occurred after the end of the Second World War, many of which have been extremely successful. Although the fact that such a method of resistance was developed in its modern form by Indians is acknowledged in this writing, there has not until now been an authoritative history of the role of Indians in the evolution of the phenomenon. Celebrated historian David Hardiman shows that while nonviolence is associated above all with the towering figure of Mahatma Gandhi, ‘passive resistance’ was already being practised by nationalists in British-ruled India, though there was no principled commitment to nonviolence as such. It was Gandhi, first in South Africa and then in India, who evolved a technique that he called ‘satyagraha’. His endeavours saw ‘nonviolence’ forged as both a new word in the English language, and a new political concept. This book conveys in vivid detail exactly what nonviolence entailed, and the formidable difficulties that the pioneers of such resistance encountered in the years 1905-19.