Since 2019, I have been working on the history of speech therapy and stammering, funded initially by a Wellcome Trust Discretionary Award ('Childhood and speech therapy in twentieth-century Britain') and now by a Wellcome Postdoctoral Fellowship in the Humanities and Social Sciences ('The Child's Speech: speech therapy, stammering and activism in Britain, c.1906-2000').

My approach blends archival research, local records and oral history - bringing the histories of activism and therapy into dialogue, to better explore their common foundations and mutual exchanges, and their interactions with other forms of campaigning around class, gender and (dis)ability. I examine the impact of theories about stammering's causation on the emergence of speech therapy as a distinctly medical profession (from its late-nineteenth-century origins in elocution and voice training) and the role of activism around the rights of children and adults who stammer in the medicalisation of stammering.

Prior to this, my PhD thesis explored the place of adolescence in debates over school discipline in twentieth-century Britain and I worked for a short period as a researcher on the 'Cultural History of the NHS' project. From the latter, I have a developing interest in the uses of the Mass-Observation ArchiveLink opens in a new window for telling the history of mental health in twentieth-century Britain.

Dw i'n (anelu) dysgu Cymraeg ac Eidalwr (dw i'n siarad Saesneg a Ffrangeg). I speak English and French (and I am attempting to learn Italian and Welsh). My first degree was in French and History, and I am intrigued by the possibilities of a more diverse and comparative 'British' history which decentres 'Englishness' and is attentive to cultural and linguistic differences between the constituent nations and their respective parts.

[Book review] Teens and Their Doctors: the story of the development of adolescent medicine by Henry Berman and Hannah Dashefsky [Sagamore Beach, MA: Science History Publications, 2017] in Social History of Medicine [DOI: 10.1093/shm/hkz021Link opens in a new window] 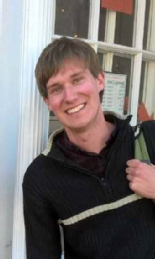