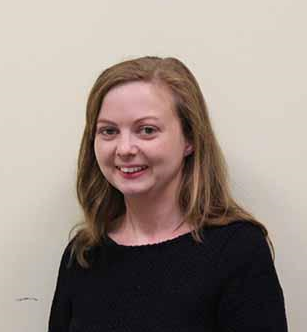 I completed a BA in German and Spanish and an MPhil in European Literature and Culture at the University of Cambridge, where I stayed to pursue doctoral research on the representation of women and National Socialism in post-1945 women's writing. In addition, I spent some time teaching first-year translation courses at King's College London.
After completing my PhD in 2014, I spent three years at Maynooth University in Ireland. From 2014-2015, I was a postdoctoral researcher for the project "The Cultural Transmission of Motherhood in Europe: A Case Study" (funded by the Irish Research Council) and looked, in particular, at how mothers and parenting are represented on German television. I then embarked on a two-year Government of Ireland Postdoctoral Fellowship to develop my research on the representation of wartime sexual violence in contemporary German literature. I also had the opportunity to contribute to a wide range of modules on German language and literature.

I am currently developing a larger research project on the cultural memory of wartime rape in post-1945 Germany, which will draw on theories of affect in order to investigate how the reception of difficult histories shifts over time and, ultimately, to illuminate how societies produce knowledge about individual and collective trauma.

In addition, I continue to engage with the representation of women in the Third Reich, especially those women at the heart of the regime and the concentrationary system. I am especially interested in the uses and usefulness of gender as a "category of historical analysis" (to quote Joan W. Scott) in recent research on female perpetrators and on the representation of such women in literature and film.

Further interests encapsulate all aspects of contemporary gender politics in Germany, with a particular focus on discourses surrounding maternal regret.

I am currently co-supervising a PhD on "Changing Spaces for Women’s Voices in Oral Histories of Holocaust and Genocide, 1945-2018" with colleagues at the Stanley Burton Centre for Holocaust and Genocide Studies. I would be delighted to work with postgraduate students interested in German memory culture (especially regarding the Third Reich and World War II, as well as aspects of gender history), women's writing, and contemporary gender issues in the German-speaking world, including motherhood. I am also interested in the history and memory of conflict-related sexual violence more broadly and in the relationship between memorial art and the institutional frameworks of memory and activism.