This module is taught both in French and in translation for those students who do not have A level French. All students with A level- or equivalent experience - of studying texts and essay writing in Arts and Humanities subjects (foreign languages, History, English, Film, Theatre, Classics, Philosophy, etc...) welcome!

French is the language of love, or so the saying goes....

This module will introduce you to the history of that association, while enabling you to explore what love, desire and sex might mean in earlier periods and how this might challenge our views of these states today. We will ask how French as a language of love has been used, over time, to express social preoccupations (about gender, power, political engagement) and emotional preoccupations (about self and other, intimacy, rejection, joy).

You will be invited to explore these areas by examining such questions as:

Landmarks: 'The classics help us to understand who we are and where we stand...'

Calvino, Why Read the Classics?

You will investigate these questions in relation to landmark moments in French culture and some of the major genres associated with those moments:

Across the module we will look at a range of male and female writers and we will consider how gender influences pre-20th century writers. For those who do not have A level French, the texts may also be studied in translation.

The material for study this year, presented in the order in which it will be covered, can be found here:

Reading suggestions (these are both very accessible – they provide a good ‘way in’ to the module): 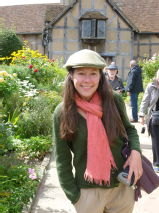