These pages highlight initiatives related to areas of my research - see also media work and learning resources.
Any questions or ideas for new projects? Please get in touch.

My research on historic drinking cultures has featured in newspapers (such as The Times,Link opens in a new window The GuardianLink opens in a new window, Swiss daily Der Bund), radio interviews (on drink statistics for Voice of Russia, the 'history of the picnic' for German station SWR 2 or the FEAST! festival on BBC Radio CWR) , TV programmes (like the Australian 'Who do you think you are?' with Marta Dusseldorp, filmed at a Swiss inn), online magazines (The ConversationLink opens in a new window) and public lectures (e.g. at Saarbrücken / Germany, Budapest / Hungary, Henan University / China or a History Festival at the Warwick Arms Hotel). 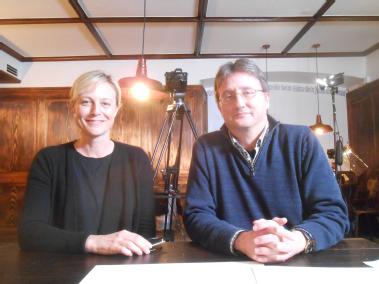 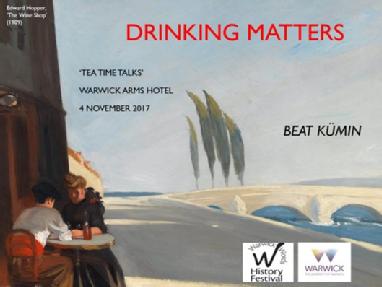 I helped to found the Drinking Studies Network and edited a survey work on early modern food culture. From 2014-18, I co-hosted the 'Summer University in Food & Drink Studies' of the European Institute for the History & Cultures of Food (IEHCA) at Tours / France and, in 2021, became the academic lead of Warwick's 'Food Cultures' research priority, where we organize webinars and other outreach activities.

From November 2021 to April 2022, I co-organized the FEAST! theme in the University's Resonate Festival for Coventry UK City of Culture 2021, featuring a series of Feast Food Festival videos examining celebratory dishes / drinks from the perspectives of producers, restaurateurs and researchers. A highly successful 'church ale' staged in partnership with My-Parish & St John the Baptist, Berkswell (25-26 March 2022) will be followed by the panel debate 'Rethinking Hospitality' on 20 April. The initiative attracted broad media coverage in Coventry and beyond.