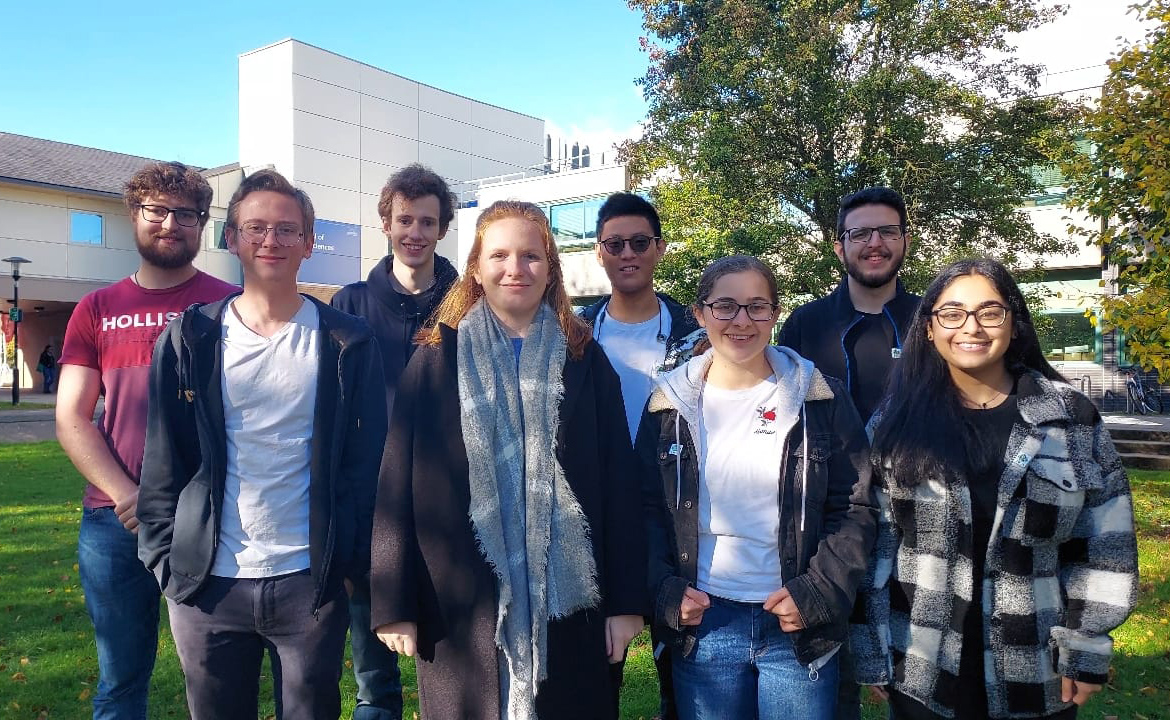 The Warwick iGEM 2021 team attended the iGEM Giant Jamboree in Paris on 11-14 November, where they were awarded a Gold Medal for their project, as well as receiving a nomination for the Best Model Special Prize.

iGEM is an international genetic engineering competition that fosters scientific research and education by creating a community of young student researchers. This year, 352 teams from over 45 countries took part in the competition.

Warwick’s 2021 team, CREscent, attempted to design a rapid detection method for a type of bacteria resistant to carbapenems, a last-resort antibiotic. These bacteria are often found in hospitals, and infections are extremely difficult to treat so isolation of infected patients is one of the only ways to contain its spread. Current detection methods for Carbapenem Resistant Enterobacteriaceae (CRE) are very slow and can take up to 4 days to return a positive result, exposing hospitals to potential unchecked spread of CRE in the meantime.

Therefore, the team designed rapid detection method for hospitals, by targeting a carbapenem resistance gene in E. coli using CRISPR. If the RNA molecule produced by this gene is detected, a different RNA is transcribed, which causes fluorescence. This acts as a visual identifier. The idea was that a swab would be taken in a hospital and placed into a test tube. If the bacteria present are resistant to carbapenems then the tube will glow green under UV light.
Read more about the project

The 3MT develops academic, presentation, and research communication skills by challenging students to effectively explain their research in engaging, accessible language to a non-specialist audience.
This year, both winners came from SLS:

Find out more about 3MT

A microbial community is a complex, dynamic system composed of hundreds of species and their interactions, they are found in oceans, soil, animal guts and plant roots. Each system feeds the Earth’s ecosystem and their own growth, as they each have their own metabolism that underpin biogeochemical cycles.

Professor Orkun Soyer and colleagues have produced a thermodynamic model for simulating the dynamics of microbial communities.

Every year, the Faculty of Science, Engineering and Medicine, and the School of Life Sciences, jointly run a PhD Thesis Prize competition with prizes provided by each. Supervisors are invited to put forward students for consideration.

This year, the winner of the Faculty Thesis Prize is Dr Fábio Henrique dos Santos Rodrigues, who did his PhD with Prof John McCarthy. The thesis title is 'Targeting trypanosomatid translation factor interactions'. The work has been published in a joint first author paper in Nucleic Acids Research.

The winner of the School of Life Sciences Thesis Prize is Dr Jenny Goodman, who did her PhD with Dr Alex Jones. Jenny's thesis is entitled 'The role of Feronia in regulating growth and development in Arabidopsis Thaliana roots'. A methods paper and a middle author paper have already come from the PhD, and two first author papers – including one for PNAS – are in process.