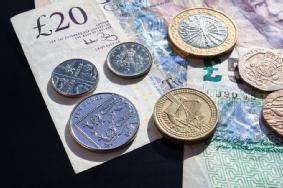 Motto: “Very much enjoying all the people trying to explain away the pay gap stats by saying 'oh guys don't worry it's not a REAL pay gap, it's just that all our cleaners and PAs are women, and CEOs and directors are men!'” (@RebeccaCNReid on Twitter)

Regulation requires large companies, charities and public sector organisations in England, Wales and Scotland to disclose their gender pay gap data every year. The deadline for publishing gender pay data for the financial year 2018-19 has now passed and the Equality and Human Rights Commission (EHRC) has promised to take action against all organisations which missed the deadline. Today activists, journalists and academics are poring over the tables and writing up early findings.

I will not engage with the findings but try to look at a few general issues which have emerged from the data and the coverage.

Firstly, there is a confusion between the gender pay gap and un/equal pay. Equal pay means that men and women at the same organisation, performing equal work must be given equal pay, in accordance with the Equality Act 2010 . Gender pay gap measures the difference in the average (hourly) wage of all men and women employed by an organisation. The pay gap is given as a percentage of men’s earnings – in 2018 it was at 17.9% in the UK. It does not measure the difference between the pay of men and women doing the same job, rather, it reflects the differences in men and women's work more generally, including the effect of men and women working in different occupations and in different time patterns. It also reflects the lack of women in more senior roles.

Secondly, the gender pay gap at a given organisation may widen from one year to the next even if the employer truly supports gender equality. This can be the result of a number of senior women leaving the company, or a number of junior women joining the company and taking up relatively low-paid positions. Following the same logic, the pay gap can be reduced by making lower paid women redundant and outsourcing their work, or reducing the pay of higher-earning men.

Overall, the introduction of mandatory gender pay gap reporting was an important step. Companies across the UK (with the exception of Northern Ireland) can no longer remain anonymous and there is hope that the public scrutiny provides an incentive for employers to improve their figures and avoid ‘reputational damage’.