Examining the relationship between religious fundamentalism and gender

Feminist Dissent is a peer-reviewed online journal and project exploring the links between religious fundamentalism and gender. The project has grown out of Dr Rashmi Varma’s research into transnational feminism, and secular and anti-racist feminist movements. The aim was to highlight, defend and create vfeminist secular spaces and voices around the world.

Secular feminism is under attack in many countries, too often criticised as an imposition of Enlightenment or as antithetical to tradition. To make sense of the present, the project needed to investigate how secular feminism emerged out of anti-colonial resistance from the beginning of the twentieth century onwards. This included researching the history of secular feminist movements in the UK, with a focus on diasporic South Asian women. In addition, the role of Hindu nationalism in India required careful study, as it attacks spaces and voices of feminist dissent.

Feminist Dissent has explored a number of important feminist themes including secularism, human rights, identity politics and feminist resistance. The project engages the public through the journal, workshops, training events and town hall meetings, creating and engaging with feminist communities. Dr Varma and the project team are also creating teaching resources based on the journal’s key themes. 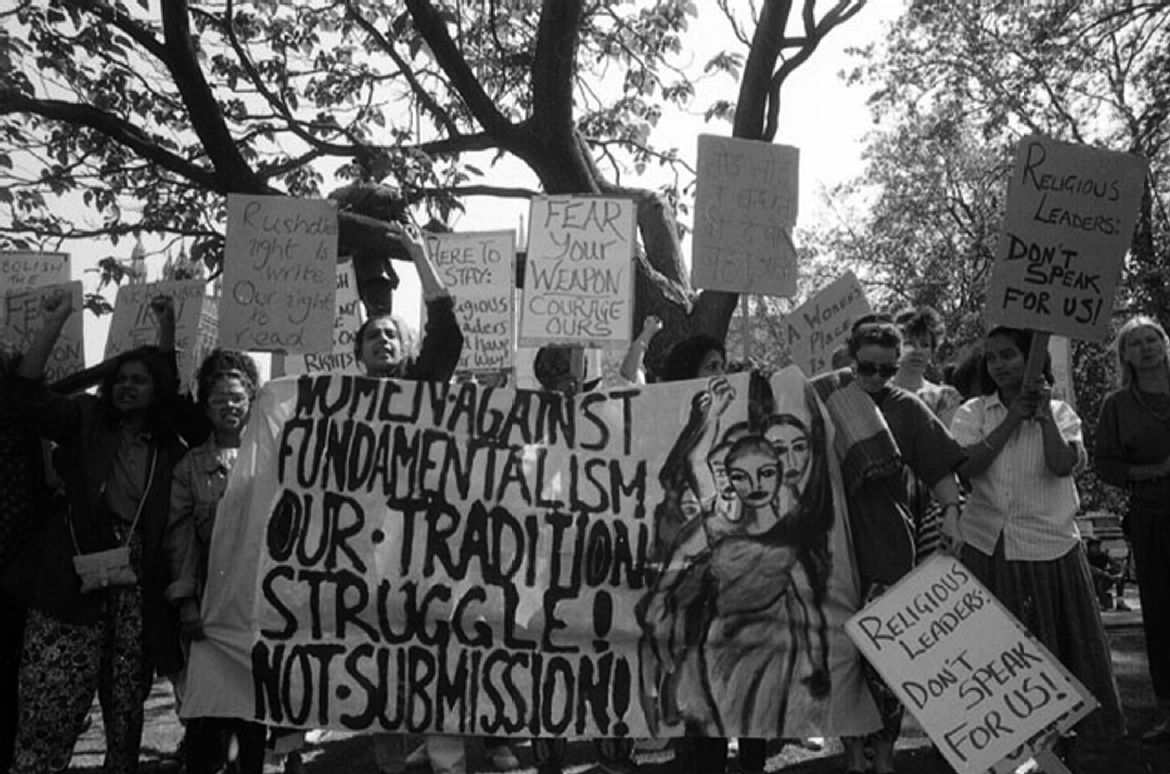 Feminist Dissent has connected activists, creating space for new discussions of gender, fundamentalism and related social and political issues. This has included collaborations with the current director of Southall Black Sisters, a UN Special Rapporteur on Cultural Rights, the former head of the Gender Unit as Amnesty International and the winners of the Irwin Prize for Secularist of the Year in 2005 and 2017. Over 200 people attended the Feminist Dissent launch in July 2016, and subsequent downloads have reached the thousands. The project team has also organised workshops across the UK for teachers, academics, policy makers, and activists on some of today’s major issues including the Prevent agenda, anti-terrorism strategies, community cohesion, sexuality and sexual orientation, fundamentalism in schools, sexual and reproductive choice, and Sharia law.

More than 150 people attended a town hall meeting in London’s Conway Hall in London to celebrate freedom of expression and to commemorate the formation of Women Against Fundamentalism. Feminist Dissent has also organised screenings and panel discussions at film festivals, drawing in new audiences to think about key feminist themes.

The journal is also helping to defend Relationship and Sex Education (RSE) in schools. Working with staff, Muslim LGBTQ activists, academics, social workers and the MP Jess Phillips, Feminist Dissent held an event to discuss how to respond to the protest against teaching same sex relationships in school, and also generated a petition signed by hundreds of individuals and organisations. Feminist Dissent’s research and activism on Sharia law has influenced both public and government thinking.

What is research impact?

Discover why it matters

Explore other work from English and Comparative Literary Studies at Warwick