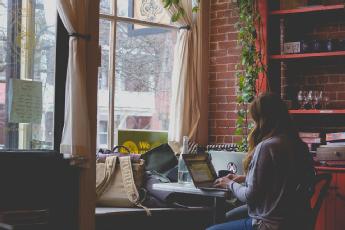 While we may be in unprecedented times, a picture is already starting to emerge about the colossal impact that Covid-19 is having on labour markets, jobs and people.

The measures being implemented by countries to address the spread of Covid-19 are necessary as they will save lives but they are having a devastating impact on workers around the world. For example, in mid-March 2020, the International Labour Organisation (ILO) estimated that lockdown measures had already affected around 2.7 billion workers, representing around 81% of the world’s workforce. Moreover, the pandemic has intensified and expanded since the ILO’s initial estimates were published.

While the full societal impact of the pandemic may never really be known, given the enormity of what is unfolding, record high levels of unemployment are foreseen in most countries. While there is always a time lag with official statistics, it was shocking to read that private sector firms in the US cut 20 million jobs in the month of April, making it the worst ever for layoffs and leading to historic unemployment.

While in the UK, where the government put in place a job protection scheme, some 6.3 million workers were temporarily furloughed in the two week period to 23 April. This equates to nearly one quarter of the UK workforce. In addition, around 1.8 million people lodged benefit claims in the last two weeks of April alone, seeing the volume of claims increase ten-fold in one particular week in April.

We know that while the effects of the pandemic are wide-ranging, in developed economies certain groups of workers are being harder hit than others. For example, workers in essential services are facing increased risks to their health whereas sectors such as retail and wholesale trade, accommodation and food services and manufacturing are among those worst affected in terms of closures.

Before the onset of the pandemic, many of the jobs in these hard hit sectors were precarious, low-paid and poor quality jobs. Also, young people, lower skilled, migrants and women tend to be over-represented in these types of jobs. We also know that recessions can exacerbate previous inequalities.

The final scale of job loss in each country will depend, in part, on the effectiveness of the support measures that governments put in place to mitigate the effects of the pandemic.

The costs of unemployment are high

Being unemployed, particularly if the spell of unemployment is lengthy, can result in scarring. It can negatively impact on both a person’s mental and physical wellbeing, as well as cause long-term damage to the person’s future income and career development.

Beyond their initial responses, governments will need to shift their efforts toward strategies aimed at dealing with the longer-term impacts of this crisis. 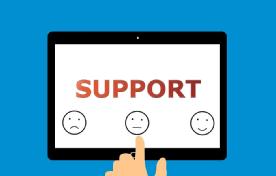 Supply-side support such as subsidies, grants and tax holidays to existing and new start-up businesses will likely be important to help sustain and create jobs. Governments will also need to provide demand-side support such careers guidance, training and active labour market programmes (ALMPs), where governments intervene in the labour market to help unemployed people back into work.

Providing individual and tailored job search assistance and advice to unemployed people can be costly to deliver. However, unemployment itself has costs for individuals, the economy and society. Fortunately, some people will not remain out of work for very long.

For others, finding a new job will prove difficult. Sadly, some people will remain out of work for long periods, some will be forced into early retirement, and many young people may find it virtually impossible to get a foothold in the paid workforce when they finish their studies. 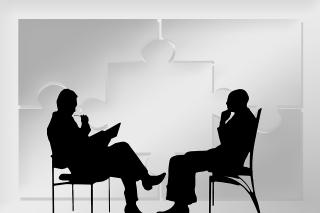 While current policy thinking is to encourage the development of career management skills and greater self-reliance among job seekers, targeting more intensive guidance support on those unemployed people who are least able to help themselves is one way to prioritise the allocation of already scarce public funds. This is where profiling, or segmentation, of job seekers can be useful.

Profiling is a recognised procedure for identifying and allocating job seekers to different categories, which can indicate which support measures they are entitled to access. It can also be used to help identify those job seekers that are most likely to benefit from early intervention, such as career guidance, soft skills development, help with job search activity, retraining, and so on.

In 2015, we, along with colleagues at ICF International, undertook research for the European Commission on profiling methods in European Public Employment Services (PES).

We mapped the profiling tools in place across EU Member States and other countries to identify how they are used; what are enablers and barriers to implementing tools; what works and does not work with different profiling tools; and implications for introducing tools for PES staff, services, job seekers and caseworkers.

We found that most PES in Europe are using profiling as part of an integrated approach to support job seekers, which may also include training, career guidance and counselling and ALMPs.

Our research included in-depth case studies on the evolution of profiling in eight countries: UK, France, Germany, Ireland, Netherlands, Slovakia, Canada and Australia. Evidence from the case studies suggests that while statistical profiling is still viewed as a good tool to support efficient resource allocation, there has been a shift away from it towards profiling to approaches where caseworkers have more discretion. Recent research by the OECD also highlights the role of the caseworker and that they can support the implementation and outcomes of profiling.

In addition, for profiling to be effective, good labour market and vacancy information needs to be built into the system and regularly updated.

As record numbers of people register as unemployed, many of whom will have multiple and complex needs, PES merit being well resourced. For more about trends and developments in methods to profile job seekers, follow the link to our report.