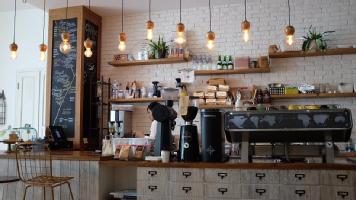 Not even out of the health crisis, the UK is entering a jobs crisis. New data from the Office for National Statistics (ONS) shows a mixed picture of employment but with strong indications that employment is set to fall. The UK Government has done well to maintain employment levels to date but needs to be equally brave going forward and stick to its plan to create more good jobs in the UK.

The new data shows a slight fall in employment but likewise a slight fall in the number of workers unemployed compared to March. As the ONS suggests, that unemployment has flat lined whilst massive redundancies have been announced is surprising. One explanation, the ONS suggests, is that workers losing their jobs are becoming economically inactive i.e. they are not registering as unemployed and they are not looking for work. There may be good reasons. The number of workers starting new jobs has fallen sharply. Moreover for those workers out of work, getting back in is becoming tougher. The number of job vacancies has fallen to its lowest level in the UK for nearly 20 years.

Meanwhile since the ONS data was collected, the situation is worsening. As the lockdown eases, business is now picking up in the manufacturing and construction sectors. However employment in these sectors is falling. In addition, July has seen almost daily announcements of hundreds, sometimes thousands, of employees being laid off or about to be laid off by their companies in services such as retail.

The Chancellor Rishi Sunak acted swiftly to protect jobs as the Covid-19 crisis hit. His main strategy has been to keep the past in place. And with some success. Whilst there were problems with both, the Job Retention Scheme and Self-Employment Income Support Scheme have helped many workers retain their jobs and at least some of their income. But as those schemes are wound down and the lockdown eases firms are now starting to lay off previously furloughed employees. Moreover the self-employed struggle to find sufficient business amongst cautious consumers. Unemployment is likely to rise higher.

What should government do? 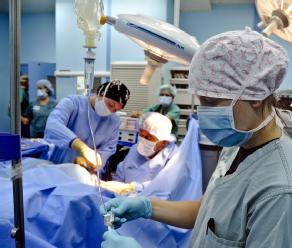 Addressing this problem by creating jobs will be important. Traditional industries such as construction and new ‘green’ industries will benefit from government-funded infrastructure projects. The government should also address the chronic labour shortages in health and social care. It can do so directly by increasing direct funding for the NHS and indirectly to care homes through increasing funding to local councils.

The temptation will be to create any jobs rather than good jobs. Such a strategy would be a mistake. It was a strategy adopted in the UK in the 1980s and led to foreign investors building ‘screwdriver plants’, assembling parts built elsewhere in the world. Unemployment went down but driven by too many low skilled, low wage jobs. Working poverty was one outcome. Dissatisfied voters in northern British towns and cities was another. Moreover as government inducements dried up, these plants moved on looking for other governments’ support. In the 1990s Scotland had a hub of microelectronics firms, building cash point machines for the world for example. Now, no-one talks about Silicon Glen in Scotland; the companies have largely gone even though microelectronics is still big business. 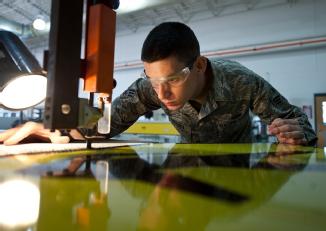 The outcome, as my IER colleagues Terence Hogarth and Jeisson Rubio-Cardenas have pointed out, is that the UK now has proportionally less jobs in medium to high-tech manufacturing than the rest of Europe. And over the past twenty years the UK labour market has steadily polarised into lovely and lousy jobs, as Maarten Goos and Alan Manning of the LSE once expressed it. As John Hurley and his team in Dublin discovered, some countries in Europe, such as Austria, Denmark, the Netherlands and Sweden, have generally improved the overall quality of jobs in their labour markets, creating more of the lovely jobs.

The temptation to create any jobs at any cost must therefore avoided. Instead the UK Government must stick to its pre-Covid plan to create more good jobs. Of course there is a moral case for creating jobs that pay a real living wage and enable families to lead decent lives or enable workers to fully use the skills that they have acquired through investment in education and training.

Perhaps just as importantly for an economy that needs to recover and re-expand, there is a business case for creating more good work: good work helps companies be more productive and more innovative. 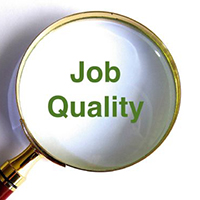 In a recent initial analysis for the Carnegie UK Trust, a team of researchers at IER – Derek Bosworth, Sudipa Sarkar, Wil Hunt and myself – found that good work and productivity are positively correlated. Five of the seven dimensions used to measure good work are positively associated with productivity in the UK: pay; job design, social support in work, worker voice and representation, and work-life balance. As such, better job quality is linked to higher productivity. Importantly productivity gains do not just occur for companies offering the best quality jobs but also for those offering decent quality jobs.

Similarly, another team from IER that includes Sally Wright and myself have been working with colleagues from across Europe to examine the relationship between innovation and good work. Analysing data for 32 European countries, including the UK, our Spanish colleagues led by Rafa Muñoz de Bustillo found that product, process and organisational innovations within companies are associated with higher job quality. In other words more innovations occur in companies with better quality jobs. More innovation can help companies be more productive and, in the long run, innovation creates jobs.

The lesson? Keep up the good work

Scotland is being brave. Its government has absorbed the lessons from past economic crises. This time around it recognises the importance of job quality to the country’s social and economic wellbeing. Early in the Covid-19 crisis it announced that it was sticking to its policy of fair work – its version of good work. It is applying the principles of fair work through the crisis and beyond. It wants a better Scotland in the future and believes fair work has to be part of the strategy.

If it wants to address the impending jobs crisis, the UK Government should likewise keep to its plan to create more good work. It needs to look at the evidence. Good work can help companies be more competitive, improve employees’ quality of working life, level up the regions damaged by previous economic recessions and help the government build back better.