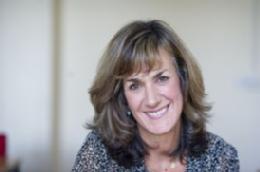 Men on lower incomes are more likely to help their partners with housework than higher-earners, although women are still by far doing the most around the home, no matter how many hours they work or how much they are paid.While the burden of keeping the home clean is starting to be shared more equally between couples, signs of a class divide are beginning to emerge, a researcher from the University of Warwick has found.

“There’s a stark difference in couples’ attitudes towards gender equality depending on how much they are earning,” explained Dr Clare Lyonette, from the Institute for Employment Research, who led the study.

“It seems men on lower incomes are happily picking up the dusters, filling the dishwasher and generally starting to do their bit. Times are changing and they acknowledge there’s now a need for more equality in the home.

“But there’s a different attitude when it comes to higher earners. We found that while men in these households do also recognise the need to help their partners, they remain reluctant to lift a finger and appear to simply throw money at the issue by hiring a cleaner instead.

“And although men in general are starting to make themselves more useful around the house, regardless of income, the age old theory remains the same – women, on the whole, are doing the most.”

Dr Lyonette’s findings in Sharing the load? Partners’ relative earnings and the division of domestic labour have just been published in the February 2015 edition of the British Sociological Association’s Work, employment and society journal. It is available to download for free here.

She interviewed a number of partnered men and women for the project, all of whom had at least one child under the age of 14.

“There’s certainly a fairer division of household labour between couples than in the past but inequality still exists and that’s perpetuated, in part, by the so-called ‘myth of male incompetence’,” added Dr Lyonette.

“This is a belief by some women – and our study shows it’s still rife – that men are unable to complete housework to an acceptable standard.

“Women know their contribution to the household should be fairly reflected in the sharing of housework and are often frustrated by their lack of success in changing the situation – but their frustrations are to some extent mollified by the idea that men are inept at domestic chores.”

One participant in the survey told the researcher: “I think they do it on purpose, men, don’t they? Using the cleaner, he’ll just clean around things, then all of a sudden you’ll move the sofa and you’re like, ‘What is that under there?’ … or he says, ‘Don’t clean upstairs now because no one goes up there bar us, you don’t need to hoover’ is his argument’.”

Dr Lyonette concluded: “Men from lower-income families certainly seem to be starting to do their bit around the home. But at the same time, until all men are willing to take on more domestic tasks, so allowing women to take on greater responsibility within the workplace, any hoped-for progress in gender equality is likely to stall.”

Women's Career Development Throughout the Lifespan An international exploration