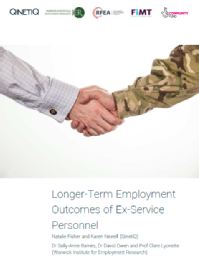 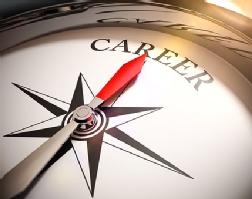 A new report, published by Forces in Mind Trust on September 23rd 2020, finds that the experience and skillset of Senior Non-Commissioned Officers (SNCOs) are often misunderstood and under-valued in the civilian labour market.

The report states that SNCOs’ unique skills, combined with their length of time in service, may put them at a disadvantage when they leave the Armed Forces and have to compete with civilians for jobs. The research, undertaken by a team at IER and QinetiQ, found that SNCOs often join the military at a very young age and can struggle to find employment when they leave service. The majority of SNCO veterans who took part in the research said they found it overwhelming to have to deal with the practicalities of civilian life at the same time as trying to find employment, and 23% found their lack of interview experience to be very challenging. Negative attitudes from potential employers were also found to be a barrier.

The report outlines recommendations for SNCOs to support their own transition as well as calling for more support from Government, business, and Armed Forces charities to ensure SNCOs’ skills are better understood and utilised by civilian employers.

Developing Partnerships with Education and Industry for Work-based Learning Opportunities: An International Perspective 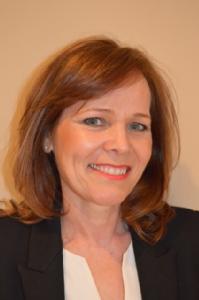 Dr Deirdre Hughes has been invited to co-deliver a webinar with Yolande Burgess, Strategic Director, London Councils to the US National Collaborative on Workforce and Disability for Youth (NCWD-Youth). This Network coordinates the State Leaders Career Development Network and includes leaders from 20 states who meet monthly to discuss their career development implementation efforts, especially as they apply to the use of individual learning plans. The webinar will focus on sharing good practice in the design, implementation, and evaluation of career development.

The Secretary of State has announced six new Opportunity Areas in England, where they will focus the Department for Education’s energy, ideas and resources on providing children and young people with the chances and choices to fulfil their potential. The Opportunity Areas that were announced were West Somerset, Blackpool, Derby, Oldham, Scarborough and Norwich.

Warwick IER hopes to engage in further dialogue and practice developments given its track record in labour market intelligence and information, careers policy, research and practice.