Please read as much of Woolf's novel Mrs Dalloway as you can before term starts. If you can't get hold of a copy, there is a Project Gutenberg version freely available online. But it would be best for you to purchase the OUP or Penguin versions for the term's work if possible. Think about the depiction of time in the book. How much time is passing? How do past, present and future related to each other? What is the relationship between time and emotion? There will be a light-hearted quiz in the first week so you can evaluate how much you've picked up from the novel so far.*

Do follow the #littheorytime21 hashtag on Twitter for occasional posts that might be of interest, and look back at #littheorytime19 and #littheorytime20 posts. And feel free to post using the hashtag with interesting time-related material you come across! (And/or maybe this year I'll finally get to grips with instagram, which I know would probably be more relevant and worthwhile...)

This course, open to second and third year students, introduces students to theories and philosophies of time in relation to some literary and cinematic texts that involve themselves closely with temporality (Woolf's Mrs Dalloway; Ali Smith's novel The Accidental; Marion Coutts' illness memoir The Iceberg; Maggie Nelson's work of 'autotheory' The Argonauts; and Christopher Nolan's film Memento).

We will be thinking about how time is represented in these narratives; about how narrative helps us imagine the historical past and the future; how tenses and other languages of time create affect. We will consider the relatively recent history of standardized time, and the effects of this on patterns of work and leisure and on concepts of the self and the nation. How were ideas of the past and the future invented? We will think about subjective experience of time in relation to emotional states such as anxiety, boredom and desire, and how time is experienced in states of mental disorder. We will think about time in relation to the body, illness, chronic conditions and the temporality of (health) care. The question of media will also be important here as we consider what it means for a book or an image or a poem to be situated in time, and ask whether media themselves are responsible now for our sense of time.

Above all, students taking this module should be interested in engaging deeply and in a sustained way with both literary and philosophical texts.

NB. It will be helpful to you to have read at least the first few chapters of Woolf's novel Mrs Dalloway before the start of term. Think too about the reading and watching (and other cultural consumption) you're doing this summer -- are you being made particularly aware of time in any aspect, and if so how? It would be nice to hear about these experiences in our discussions.

A critical 'reading package' will be distributed to you in week 1 with the key theoretical readings for term 1.

A further overview of some of the texts we will be reading can be found here in the Oxford Research Encyclopedia entry on Literary Theory and Time.

This is a Pathway Approved Option to the English Pathway and the Theory Pathway. It is a Options Module for all Pathways.

Each entry will pair ideas about time from one or two of the theoretical sources with a piece of fiction, literary non-fiction, film, or other cultural artefact, and make a reading of the 'text' in relation to the idea(s) in question. One of the four entries can be (but doesn't have to be) applying the theory we've looked at (or other time-oriented theory) to your own lived experience.

Below are some anonymized samples from previous years:

You may like to read an article in the New Yorker about why people have been reading Mrs Dalloway during the pandemic, for a topical angle: Why Why Anxious Readers Under Quarantine Turn to Mrs. Dalloway

Mrs Dalloway, to the end.

If you have time:

Questions re. the Woolf passage re. psychoanalysis and narrative

Mini-lectures -- I will go through the main gist of this in the session but do have a look if you want to have a sneak preview:

Henri Bergson, from Time and Free Will: An Essay on the Immediate Data of Consciousness, section collected as 'The Idea of Duration' in Henri Bergson, Henri Bergson: Key Writings, ed. Keith Ansell Pearson and John Mullarkey (Continuum, 2002)

BBC Radio 4, In Our Time: Bergson and Time

Bergson and Deleuze -- questions to prepare for next week

Woolf on how her contemporaries were responding to the shock and destabilizing impulse of World War One:

Woolf's How it Strikes a Contemporary (virginia.edu)

Slides on Deleuze, the time image, the chronotope and film (in particular Memento)

Slides AND VIDEO on Deleuze, the time-image, the chronotope and film (in particular Memento)

Slides AND VIDEO on The Shining, Bergson and Deleuze's Time-Image

Heidegger, the Future and (Existential) Anxiety (video and slides)

Judith Herman, from Trauma and Recovery (1992)

A bit leftfield, but a talk (slides and video) I have written on dementia, time and laughter -- tangential link to the Minkowski!

Suzanna Radstone, ‘The War of the Fathers: Trauma, Fantasy and September 11’, Literature and the Contemporary, 117-123

Post 9/11 Trauma and Fantasy and Ali Smith's The Accidental

Talk on reading Mrs Dalloway via further Genette/ Narrative Discourse material; Paul Ricoeur's section on Mrs Dalloway in his monumental work on time and literary narrative, and Mark Currie's book about time and narrative (which mostly covers contemporary fiction but touches on Mrs D), About Time.

Time and The Iceberg (slides)

Eric Cazdyn, from The Already Dead: The New Time of Politics, Culture, and Illness. Part 1: The New Chronic, 1-47 (and particularly 44-47: 'Palliative Time').

Denise Riley, from Time Lived without Its Flow; poetry

Lisa Baraitser in Conversation with Denise Riley. Studies in the Maternal (2016), 8(1), p.5 Link to the article

Caroline Pearce, ‘Making Sense of Grief’, in The Public and Private Management of Grief (Palgrave Macmillan, 2019), 61-101

Christina Sharpe's In the Wake: On Blackness and Being (ch 1),

The Argonauts and Queerness (handout)

Dipesh Chakrabarty, “The Climate of History"

Lynne Segal, Out of TimeLink opens in a new window

These are some aspects of essay writing (and writing in general) that I've noticed trip people up repeatedly, and feature in lots of my feedback:

- The most important thing for me, as you'll become aware from my feedback, is to know -- and to write -- a good paragraph. Andrew Frayn's blog (links below) is good on this and a host of other essay-writing issues.

- There is a growing tendency for people to use subordinate clauses as stand-alone, independent sentences. They are only half a sentence -- see below for an explanation of such clauses (which must be part of a larger sentence with a main clause involving a conjugated verb).

- Lots of people this year have fallen foul of the dangling modifier... Follow the link below to find out what they are, and for advice on avoiding them.

- Frayn is also good on how to write a good introduction to an essay -- that's something that has made essays stand out too this year (for good or ill...).

How to write a good paragraph (Andrew Frayn)

Dangling Modifiers, and how to avoid them

How to write a good introduction to an essay

Choose ONE of these two referencing styles, become familiar with it and learn it, and make sure you reference the materials you quote or draw directly on in the body of the text through in-text citations or footnotes so your reader knows exactly where to go and find the material:

Guide to MLA referencing with in text citation (warwick.ac.uk)

You might also want to do this very good Moodle about referencing and avoiding (inadvertent) plagiarism. (I’m not suggesting you would ever plagiarise, but this is a good general training in referencing appropriately):

* The Woolf is a recommended edition, but there are no rules about which edition you have, as long as it's the (accurate) full text and useable, so don't be concerned if yours is an edition with a different publication date.

Lloyd, Genevieve. Being in Time: Selves and Narrators in Philosophy and Literature (London: Routledge, 1993)

Marx, Leo, The Machine in the Garden: Technology and the Pastoral Ideal In America (Oxford: Oxford University Press, 1964)

Schivelbusch, Wolfgang, The Railway Journey: The Industrialization of Time and Space in the Nineteenth Century (New York: Berg, 1986)

McQuire, Scott, Visions of Modernity: Representation, Memory, Time and Space in the Age of the Camera (London: SAGE, 1998)

Fukuyama, Francis, The End of History and the Last Man (London: Hamish Hamilton, 1992)

Thompson, Damian, The End of Time: Faith and Fear in the Shadow of the Millennium (Hanover, NH.: University Press of New England, 1997) 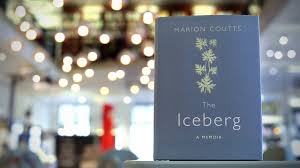 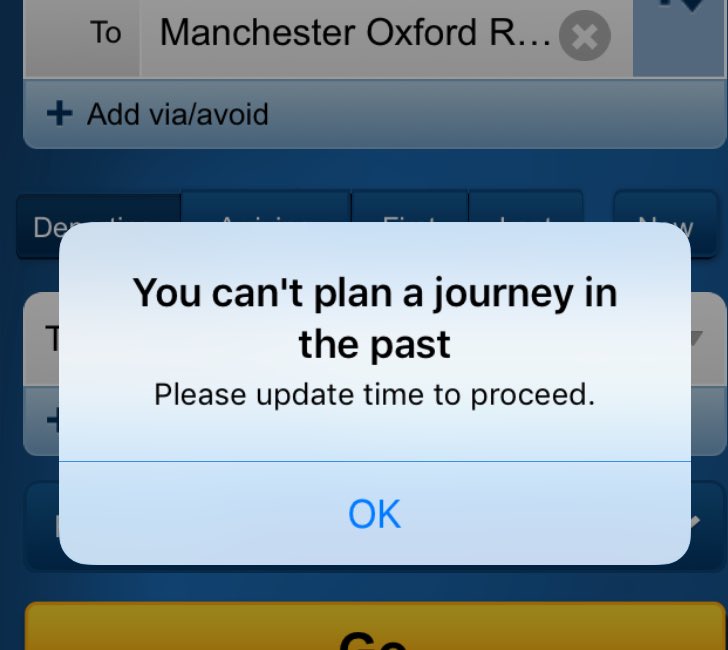 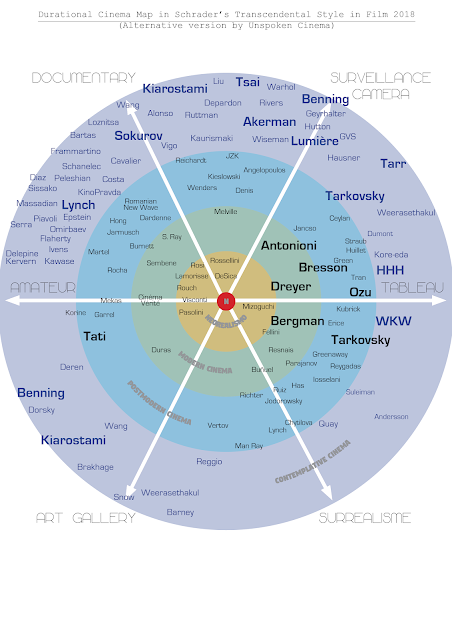