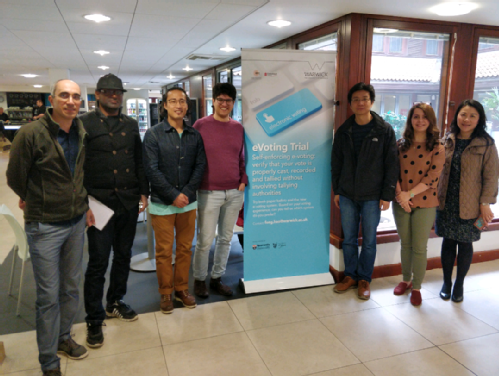 On the election day, voters went to the Gateshead civic centre polling station to vote on paper ballots as usual. Upon exit from the polling station, they were invited to try a touch-screen based e-voting system for a mock election involving a set of dummy candidates. Voters were then provided with an anonymous survey form to indicate based on their voting experience, which of the two voting systems did they prefer. Nearly half of the voters at the Gateshead civic centre polling station participated in this trial and provided many useful feedbacks. From the survey results, voters generally found the trialled e-voting system easy to use, and preferred it to paper ballots.