During these turbulent economic times, employers have to make many difficult decisions. They are considering the sustainability of present staffing levels while also thinking ahead to when the economy starts to pick up again. Against a backdrop of significant economic uncertainty and immense pressure from stakeholders, it is important that any important decisions made about whether to invest in or let go of staff are informed by the best available evidence. 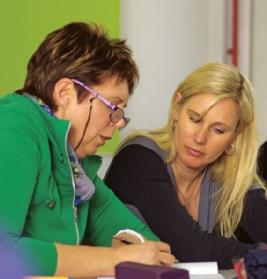 1. Life stage, not age, drives everything

As the number of jobless individuals rise, history tells us that older workers often come under pressure to make way for younger ones. Companies have a track record of offering early retirement packages to try to incentivize voluntary departures. However, assumptions about age should not drive employer decision-making. Many older workers, for a range of reasons, simply cannot afford to retire and may not want to retire. It is often considered by managers that at around the age of 60 workers are winding down to retirement. However, women and other primary caregivers returning to work after raising a family or providing elder care, may still be building their careers at this point. These days, a stay at home parent returning to the workplace might have 30 or more years of work ahead. Additionally, older workers who lost their jobs during the prior recession may be making up for lost time and wages. Moreover, after workplace early retirement programs have concluded managers have often realized that critical capability had exited the company. Sometimes, it was necessary to re-hire those workers. But often this capability was lost for good.

For older workers themselves leaving a job may precipitate a period of personal crisis. It is apparent from previous recessions that some older workers took early retirement packages in haste, only to regret it later, realizing that they had to drastically scale back their lifestyle, or were simply missing work. Also, those older workers who have lost their jobs during layoffs often find themselves among the long-term unemployed. They can neither find a job nor retire, a situation that may have consequences for both their mental and physical health.

Historically, older workers have often come under pressure to make way during recessions in an effort to open up job opportunities for others. However, the research is clear: job markets with higher levels of employment among older individuals are associated with higher levels of youth employment. This means that while it is sometimes assumed that in an economy there is a “lump of labour” that must be fairly distributed, in fact, the number of jobs is not fixed, and older and younger workers might be better considered as complementing each other rather than substituting for the other when it comes to employment.

3. Ageism is illegal and bad for business 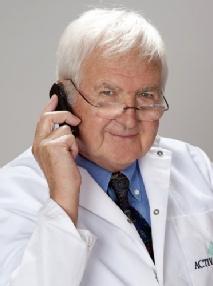 As jobless figures rise, ageism can creep into organizational decision-making. Age stereotypes affect both young and old. The common misperceptions that older people are not able learn new things, are less productive, and unwilling to change are demonstrably untrue. Less understood is that common, seemingly positive stereotypes concerned with retaining older workers which highlight their experience and portray them as keepers of corporate memory can, in fact, risk confirming broader societal perceptions that they are “of the past” and, thus, less able to meet the demands of modern workplaces.

And just as age stereotypes apply to older people, age stereotypes also can be associated with youthfulness. For example, younger workers are valued for their presumed enthusiasm, innovation, technological savvy, ambition, risk-taking, desire to learn, openness to change, collaboration, and understanding of social media and technology. However, again, these are mere stereotypes that do not acknowledge that workers of similar ages may have different experiences, skills and attributes. And, conversely, workers of different ages may have similar experiences, skills and attributes.

The research is equivocal: generally, chronological age does not predict job performance, although there are small yet positive statistical relationships between being of an older age and some job attributes. Importantly, however, research indicates that there is often greater variation, in job-performance terms, between people of the same age than people of different ages, meaning that it is unwise to make assumptions based on a given person’s age. A better starting point, then, for managers undertaking workforce planning is to assume that, for practical purposes, age and performance are not directly related. 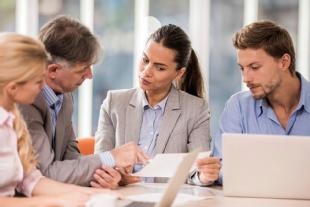 Much research on age has focused on generational differences, but this has failed to demonstrate the noted attributes of different generations and not acknowledged differences within a generational cohort. In devising workplace strategies, it is therefore unwise to ignore within-group differences and draw on simplistic generational categorizations such as Millennial or Boomer, which some argue are inherently ageist. Instead, managers should apply the same approach to all workers because generational differences may not hold, and the costs of such generationisations might outweigh the benefits.

° As a consequence, age-based decision-making may not only be discriminatory, it also presents no
competitive advantage, and considering the needs of distinct generations overlooks the rich diversity
present in workplaces.

5. Age diversity is the future 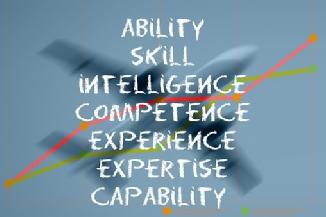 There is sometimes a perception that by keeping younger workers, a company is investing in the future. However, instead, considering age inclusion over the entire employee lifecycle is key—from university graduates looking for their first work experience to people seeking to build a career after raising children, through to older workers looking to transition to a new employment challenge or to step down as they near retirement. At one time, it was considered that people’s lives could be divided into three broad phases: school, paid work, and retirement. But today it is recognized that life phases are becoming blurred, less predictable and more flexible. That means labour pools are diverse and, as the COVID-19 crisis passes, employers will need to implement a diverse range of strategies focused on recruiting and retaining workers of all ages and life stages.

Call to Action for Employers

The broad lesson is to look beyond simple categorizations of workers to instead consider their range of experiences. This diversity, if deployed properly, can be a source of immense strength for organisations. While undeniably adding a layer of complexity to your decision-making during what is a period of unprecedented economic uncertainty, adopting open-minded, flexible approaches to workforce planning will leave your company better positioned for when the economy recovers.

An earlier version of this blog has been published by the AARP.

* Philip Taylor is Professor of Human Resource Management at the Federation Business School, Federation University Australia and Honorary Professor at the IER.