Explore literary culture in greater depth than ever before

Our English Literature MA offers you a varied and flexible approach to graduate study, within one of the leading English departments in the world.

You can tailor your own way through the course with a choice of modules ranging from the classical to the contemporary. Whether you're fascinated by Gothic literature, early-modern drama, Petrofiction or poetics, you can build your course to suit your own interests.

Our warm and vibrant research community is one of the largest in the UK, with around 110 postgraduates each year. We offer a full calendar of seminars, symposiums, and conferences, with a busy diary of speakers from around the world. We also offer funding for postgraduate study and career development support during your time here.

You will study alongside experts who are at the cutting-edge of literary criticism, from contemporary world literature and critical theory, to Shakespeare and Victorian studies. You can join them in contributing to the field of research by completing a dissertation on a topic of your choice, which you might choose to publish and share with others too.

By the end of the course, you'll be well-positioned for further study or employment with the transferable skills you will develop.

*You can take one 30 CATS module from outside of the department, including the Institute for Advanced Teaching and Learning (IATL).

Any Critical Theory module (any module with a theoretical component).

For example, you might want to study a topic from the Warwick Writing Programme, History, Film, Modern Languages, or Philosophy, or the modules offered by the Institute for Advanced Teaching and Learning (IATL).

You can write about anything, within the broadly-conceived boundaries of 'literary studies', although your subject must fall within the interests of an available member of the teaching staff and must be feasible in terms of resources to be accepted. 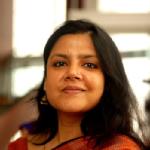 "Much of my current research is located at the interface of Victorian studies and feminist thought and I have particular interest in nineteenth-century British women's poetry, especially Amy Levy, Letitia Landon, Emily Brontë and Mathilde Blind. A current project focuses on the intellectual traffic between Bloomsbury and the East End between 1880 and 1920, and its inflection by 'Darwinian Epiphany', considering, among others, Olive Schreiner, Eleanor Marx, Clementina Black, Israel Zangwill and Stewart Headlam. I am also working on a shorter project 'Psychoanalysis in Egypt: Victorian "science" and Freud's "historical novel"', material from which has been trialled in panels and places focusing on the subject of 'Victorian Freud'. I am interested in the issue of embodied knowledge. An early piece of this work is my paper 'Swooning, Swaying, Flushing and Blushing: Pathological Circulations of Early Victorian Poetry', which had a try-out at VSAWC."

"Current research interests include Resource Culture in World Literature/Globalisation; Energy Humanities and Petrofiction; Science Fiction and Ecocriticism; Modern and Contemporary Scottish and British Culture. I am editor of Scottish Literature and Postcolonial Literature (EUP 2011) and Post Theory: New Directions in Criticism (EUP, 1999). I have recently edited a new edition of John McGrath's play The Cheviot, the Stag and the Black, Black Oil (2015) Currently preparing a monograph, Petrofiction: Oil and World Literature. I am a member of WreC (Warwick Research Collective), who work on new ways to think about World Literature/Literature in the World. We have published a co-written monograph on Peripheral Modernism and World Literature: Combined and Uneven Development: Toward a New Theory of World Literature (LUP: 2015) I am at present Co-Investigator on the RSE Research Network, Connecting with a Low Carbon Scotland (2016-18)"

The University library's Rare Books and Special Collections include early editions of Smollett, Swift, Scott, and Goethe, and is home to the Modern Records Centre.

For information about how to fund your master's degree please consult our own graduate funding page and the Graduate School's list of available scholarships and bursaries.

"If given the choice again as to whether or not to undertake the MA English at Warwick, I would do so every time. The course has challenged me to think in new ways and has expanded my ability to learn through independent study. At Warwick I have found helpful, impassioned and caring staff who have been happy to skilfully impart their expertise at every turn. They have built a course that both caters to a broad spectrum of interests in its scope, and encourages its students to advance into the depths of the fields of study that interest them. In my experience, the modules available allow for a foundational preparation for further academic study as well as opportunities to truly expand your mind down the profoundly interesting rabbit holes of the faculty interests. What's more is the huge potential to combine modules across the department which speak to each other -- the shared ecocritical overtones of both World Literature and the Anthropocene and Petrofiction, for instance. There is also a massive amount of freedom afforded to the students to contribute to academic discourse as they see fit which, in my experience, has made the course the most enjoyable endeavour of my academic career."