Monitoring within the European Network:

the World Hypertension League, Resolve To Save Lives and the International Society of Hypertension

Today the Journal of Human Hypertension publishes a comprehensive fact sheet and global call to action aimed at nutrition, hypertension, cardiovascular and other health care clinicians and scientists, and health advocates, as well as organizations to which they belong. The World Hypertension League, Resolve to Save Lives and the International Society of Hypertension fact sheet and global call to action on reducing dietary sodium (salt) is supported by 70 national and international health and scientific organizations 1. As such the Fact Sheet and Global Call represent the position of mainstream scientific and health care organizations.

The global call to action outlines:

The call encourages all health care professionals, scientists, and the organizations that represent them to advocate for sodium reduction to be a high global priority and for all nations to develop effective programs to reduce sodium intake to recommended levels. Organizations can review the Global Call to Action and indicate their support for the Call by contacting the World Hypertension League at whleague17@gmail.com. An updated list of supporting organizations will be maintained until 2025. The Call to Action can be rapidly accessed at https://rdcu.be/cNIMn. 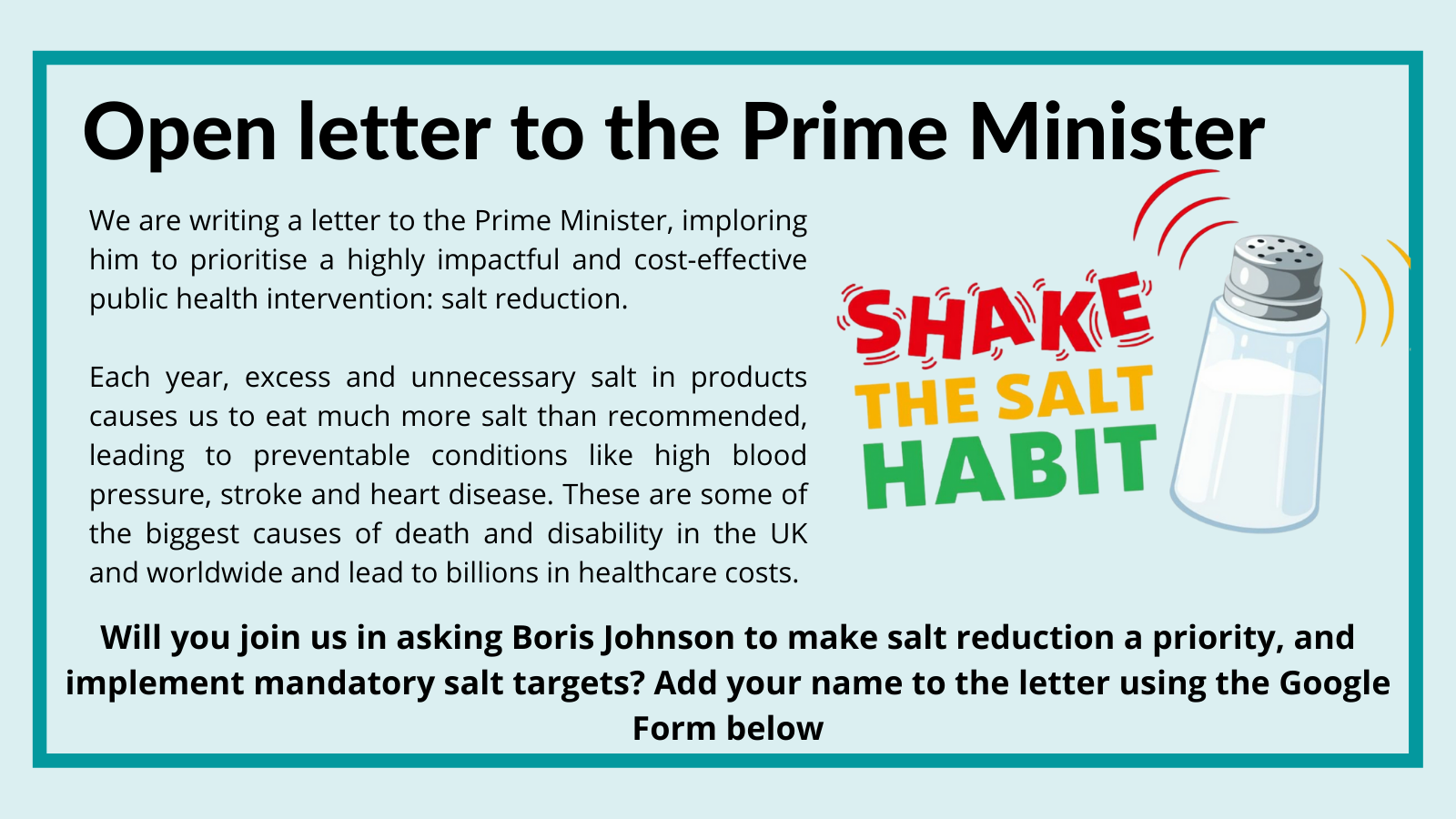 Letter to the Prime Minister

Sodium and health: old myths and a controversy based on denial. Current Nutrition Reports 2022

Salt Wars: The Battle Over the Biggest Killer in the American Diet

Michael Jacobson explains how the American food industry and a small group of scientists have successfully fought government efforts to reduce dangerous levels of sodium in our food.

Salt: it's more dangerous than you think. We eat far too much of it - and it's taking a toll on our health. Jennie Agg asks the experts how we can cut back The Times (19/05/2020)

The salt debate: does consuming less really save lives? Read in The Conversation.

Is the sodium debate a legitimate scientific disagreement or a “controversy” manufactured by industry? WATCH THESE VIDEOS

WHO Collaborating Centre for Nutrition, RIVM, Bilthoven, The Netherlands

Sodium and Health: Old Myths and a Controversy Based on Denial

WHO CC Country support by Region

WHO Office for Europe