The League of Nations Child Welfare Committee was established in 1919, in the aftermath of the First World War, to examine issues relating to child welfare in member states and make suggestions relating to best practice (as was then perceived).

In 1928 the Child Welfare Committee issued a report which examined the conditions of children employed in the film industry and looked at the effects of the new medium of cinema on children’s physical health and morals. The extracts reproduced here focus on "effects of the cinematograph on the mentality and morality of children", including concern over promiscuous behaviour in dark cinemas and the role of cinema as "one of the principal causes of crime among children".

Included in a file on 'Film Industry: Employment of Children', from the archive of the Trades Union Congress; document reference: MSS.292/675.1/5 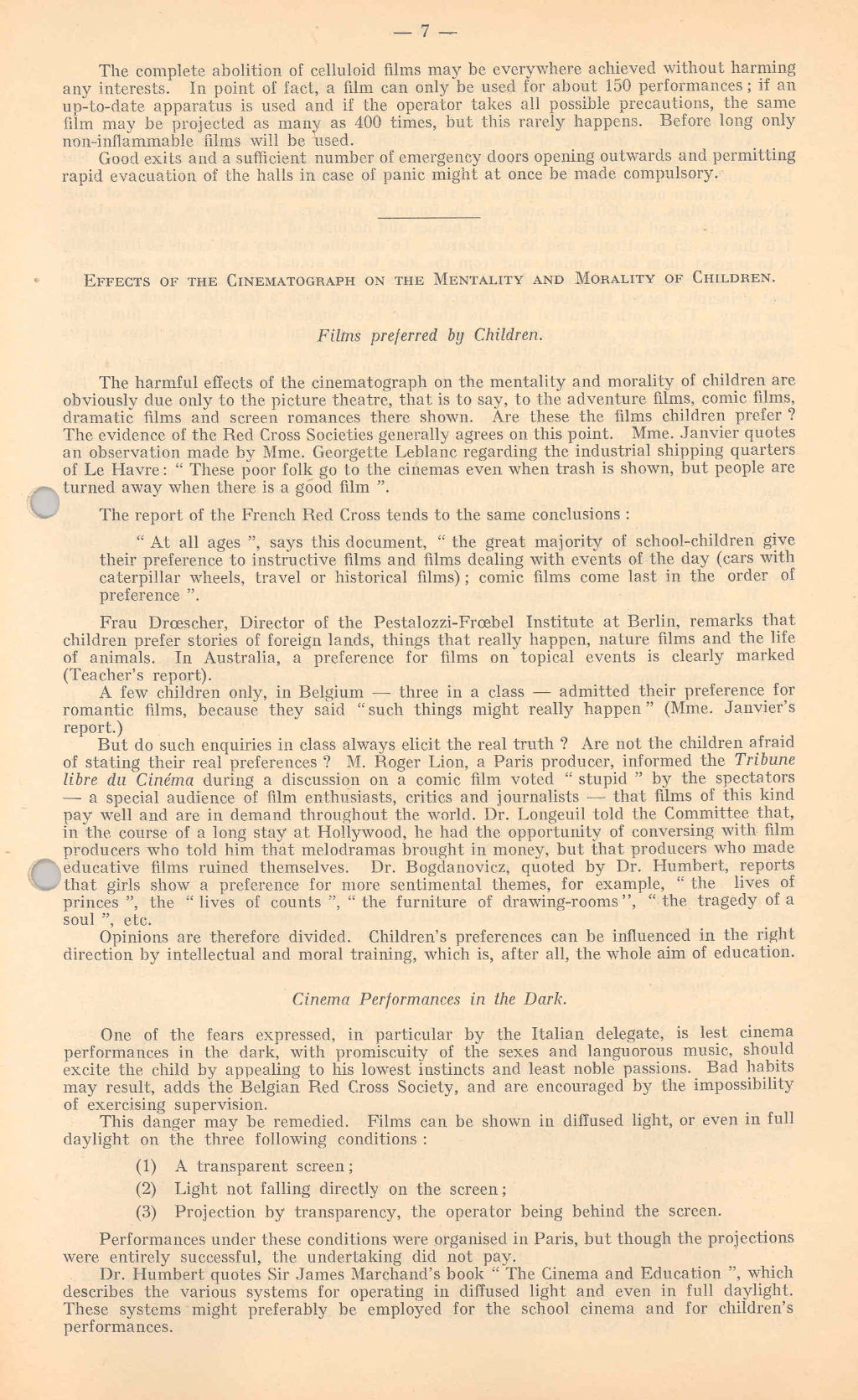 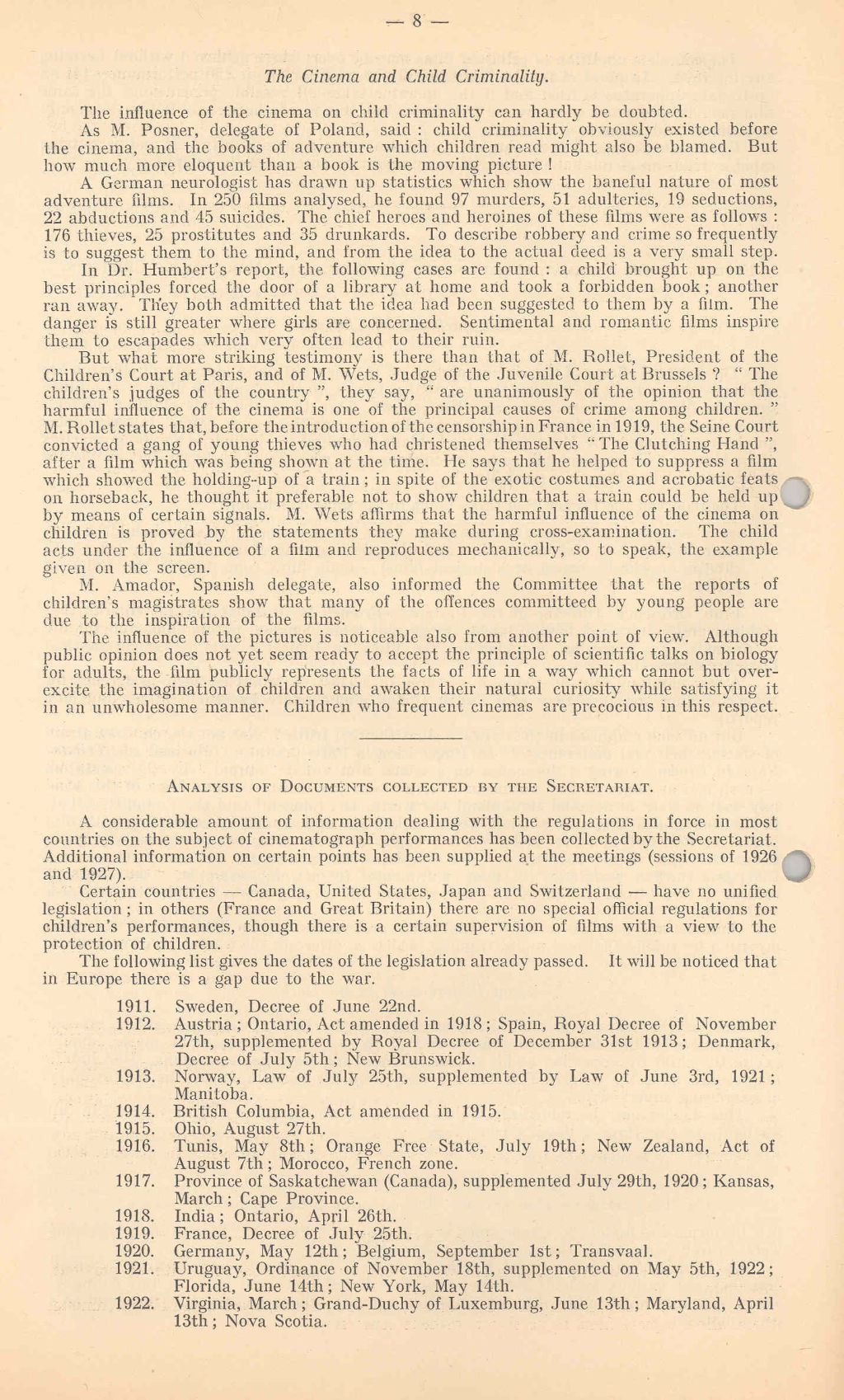