Our World Literature MA is unique, drawing on our renowned expertise in theoretically-driven world-literary and postcolonial studies.

This degree will immerse you in the writing and culture of the modern world system. You will take a core module in the foundations of world literature, and then choose from a wide range of optional modules to tackle the most pressing issues in the field. Our readings are in English, but you can also take modules in Warwick’s language departments, and draw on your own linguistic and literary competencies to pursue your research interests.

You will study with a group of ambitious, international scholars and world-leading researchers. Our academic staff work at the intellectual cutting edge of their discipline and will foster this energy in you too. We want you to harness your intellectual ambitions and interests, and bring your own distinct personal experiences and circumstances to bear on your work.

Our warm and vibrant research community is one of the largest in the UK, with around 110 postgraduates each year. We offer a full calendar of seminars, symposiums and conferences, with a busy diary of speakers from around the world. We also offer funding for postgraduate study, and career development support during your time here.

By the end of the course, you’ll be well-positioned for further study or employment with the transferable skills you will develop.

* You can take one 30 CATS module from outside of the department, including the Institute for Advanced Teaching and Learning (IATL).

Fundamentals of World Literature: One of this module's working theses is that the dominant models of post-war literary studies are no longer tenable and that the "linguistic turn" of High Theory during the last quarter of the twentieth century was a compensatory gesture that delayed, but could not remove, the intrinsic crisis in (comparative) literary studies. Secondly, the module aims to suggest ways in which the current disjunction between cultural studies, modern languages, and postcolonialism can be coherently bridged through comparative analyses of a society's incorporation into the capitalist world-economy.

For example, you might want to study a topic from Warwick Writing Programme, History, Film, Modern Languages, or Philosophy, or the modules offered by the Institute for Advanced Teaching and Learning (IATL). 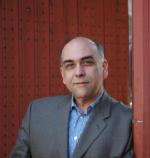 Paulo is Professor of Modern and Contemporary World Literatures, and teaches on the English and Comparative Literary Studies program. He was Associate Professor at Bryant College (USA) and Professor at Utrecht University (Netherlands) before moving to Warwick. In 2011-2012 he was Keeley Fellow at Wadham College, Oxford and in 2013 and 2014 President of the American Portuguese Studies Association. From 2014 to 2017 he served as Director of Reseach. Current projects include a study on Postimperial Europe. 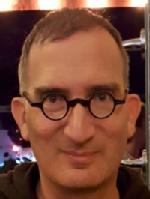 "My research interests focus on writing and culture of the United States; Cultural Studies; literary theory; marxism, world-systems analyses; urban and spatial studies, sociology of religion, television studies, and critiques of mental disease. For a more complete list of publications, see this page. For a curated list of videos from Occupy Wall Street, see this page.

I also have worked as a member WReC (Warwick Research Collective), a group interested in moving beyond older models for literary and cultural studies. WReC published its first collective findings in Combined and Uneven Development: Towards a New Theory of World-Literature (Liverpool UP 2015)."

"I primarily work on post-1945 North American literature. My forthcoming book explores the relationship between post-World War II US novels, urban renewal and suburbanization projects, and the rise of neoliberalism. I am also at work on two shorter projects. One considers the current fascination with, and return to, the social movements and insurgencies of the 1970s across contemporary world literature. A second project turns to the emergence of speculative novels by writers such as Octavia Butler, Marge Piercy, and Samuel Delaney and their relationship to the urban crises of the 1960s and 1970s."

Our department is home to the Warwick Research Collective, a group of researchers from postcolonial, British, and American studies, who for over a decade have worked together on world-systems approaches to the study of world literature. Their critically-acclaimed and collaboratively-written book on the subject, Combined and Uneven Development: Towards a New Theory of World-Literature, proposes a radical new direction for the field.

For information about how to fund your master's degree please consult our own graduate funding page and the Doctoral College's list of available scholarships and bursaries.

“I have thoroughly enjoyed my MA in World Literature and the intellectually stimulating environment at Warwick. The department is exciting and encourage innovative ways of thinking, with interdisciplinary research and current global affairs at the forefront of discussion. The modules have been wide-ranging, while enabling me to focus on my specific interests along the way. I chose Warwick for the department’s excellent reputation for research in World Literature, and I have not been disappointed — having the opportunity to learn from members of WReC and researchers at the forefront of their field, has been particularly engaging and insightful, challenging my outlook throughout the course.”

“The world-literary approach that Warwick encourages involves an investment into a broad range of interdisciplinary research that differs starkly from anything I studied during my bachelor’s. When I first heard about this MA I was fascinated – and I’m glad I made the right choice. Students have a great deal of flexibility: I was given the freedom to engage with a variety of modules across the department – from Anthropocene studies to Queer Theory. But in each we were reminded of the pressing need to situate literature today within a global history, and to understand texts as part of a world-literary system that makes perfect sense when you consider the economic and cultural conditions of the present moment, but which many traditional English departments overlook. During the course, your work is carefully supported and supervised in small-group teaching, as well as one-on-one, by enthusiastic and skilled academics all dedicated to pushing the boundaries of literary research. Warwick is an exciting place to be studying literature right now.”