Do the self-employed have a future in the UK? Blog by Chris Warhurst 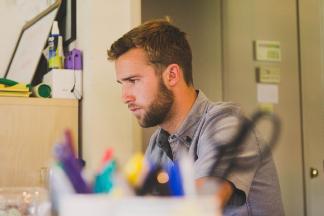 For nearly two decades self-employment has been an important source of job growth for the UK economy. However the coronavirus crisis has highlighted how risky it is being self-employed. Current UK Government measures to support the self-employed might not be enough to stop a flight from self-employment once the crisis ends.

An engine of job growth

The self-employed are those workers who have the freedom to decide what work they do, how and where they do it, and, being their own boss, they can choose who they want to work for if anyone at all. They aren’t paid through pay as you earn (PAYE) and instead sort out their own tax.

Governments of all political hues have hailed self-employment as exemplifying the spirit of entrepreneurialism needed by the UK. Over the years, there has been a series of policy pushes to encourage it.

This faith in self-employment seems justified. Self-employment added jobs to the UK economy in the downturn that followed the global financial crisis. In the past, British-born and now Australia-based academic expert Professor Al Rainnie would have called these workers the conscripts of recession, having to create their own jobs when no others were on offer. However what might have been true in the past, now no longer seems to hold. Self-employment has continued to grow as the UK economy recovered from 2013 onwards.

Driven largely by those with university degrees, self-employment has risen to just over 5m workers, accounting for around 16% of the UK labour force, as Figure 2 below shows. This growth in self-employment has occurred for men and women, and in all UK regions and countries. Part-time self-employment in particular has grown. It varies by ethnicity, with self-employment being more common in some ethnic groups than others: Pakistani and Bangladeshi workers for example. There has also been a big boost in younger workers (16-24-year olds) opting for self-employment. 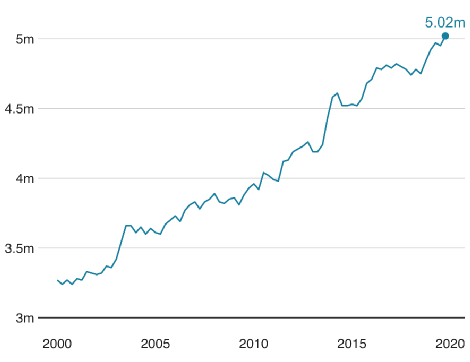 Of course, with the rise of gig working, not all of this rise is to be welcomed. There are debates about bogus self-employment. Many lack the control over work expected of the self-employed and instead are dependent on platforms such as Uber. However the steady rise in self-employment needs to continue in the UK, for as the number of self-employed has risen, the number of workers classed as employees has fallen.

However it has come under threat with the coronavirus crisis. As with other workers, the self-employed need protection. With the lockdown, painters, decorators and plumbers can no longer enter our homes to work, for example. Drama actors, camera crew and sound engineers can no longer work on TV and film sets. 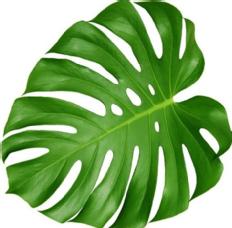 The UK Government’s response to providing protection for these workers was slow. The self-employed clamoured for certainty from government that it would help them and they wanted assurance that whatever help came would enable their businesses to survive the crisis.

When measures to support the self-employed were finally announced at the end of March, what was offered is a bit like a Swiss Cheese Plant – big shiny leaves but with lots of holes. It seems good but might not be enough to mitigate the risks and address the realities of being self-employed in the UK.

The shiny leaves, and the good news, is that the UK Government will cover 80% of the earnings of the self-employed up to a maximum of £2500 per month. Those earning up to £50,000 are covered. Nicely, the scheme is backdated to March. Usefully, HM Revenue and Customs (HRMC) is to contact those registered as self-employed so there’s no hanging around in frustratingly long telephone or chatroom queues, and the money will be paid directly into their bank accounts. Almost all (95%) of the self-employed should receive support, the Government estimates.

The bad news, and which exposes the holes, is that the self-employed will have to wait nearly two months until June for the scheme to be running properly. In addition, support is only provided to those registered with HMRC tax authority as self-employed for three years and, moreover, can show that they are currently trading and intend to continue training as self-employed after the crisis. They will also need to show that the majority of their income comes from self-employment. Furthermore, anyone new to self-employment since the start of the last financial year in early 2019 is ineligible. Receipt of support is therefore likely to be patchier than the Government suggests.

For the self-employed who cannot claim, Universal Credit is still available the Government points out. The trouble is that in the two weeks prior to announcing its support for the self-employed, nearly one million other workers registered for Universal Credit. Officials did well to register this number. However the next step of processing this huge volume of claimants properly is going to be difficult. And as the lockdown continues and the economy shrivels, the number of claimants is still increasing. Universal Credit is already a bureaucratic car crash. Given its now well-publicised dysfunctions, a brave government would have scrapped Universal Credit long ago. It is not an attractive option.

No doubt individual self-employed workers will benefit from these measures. The bigger question though is whether the measures are enough to save the long-term future of self-employment. The key problem is that government has difficulty capturing the nature and experience of self-employment through its official data gathering. As the Office for National Statistics admits, it is even difficult for it to measure the income of the self-employed.

This lack of stability is a feature of the wider precariousness of much self-employment. The self-employed typically earn around £800 per month, which is less than employees receive. Indeed, 1m self-employed workers earn only about £2000 per year. Supplemental sources of income are therefore necessary in many cases. Even before the crisis, 1m were in receipt of welfare support. Moreover, unlike employees, the self-employed do not receive statutory sick pay or maternity or paternity leave. They also don’t receive redundancy pay. Finally, for most, their pension provision is poor. Far less have a private pension than employees. Not surprisingly, more work past the age of 65 than employees. As a result being self-employed is a risky business both during working life and into old age.

Ensuring the future of self-employment

Self-employment is a policy priority and it has grown strongly in the UK over the past two decades. The hope has to be that self-employment will bounce back, continuing to provide strong job growth. However the crisis has thrown the risks of self-employment into sharp relief and given the mixed support from Government, the opposite might happen – interest in self-employment might bomb. Many workers, particularly the young and those with good qualifications, might think twice about it as an option in the future.