South Asia scholars at the University of Warwick, are extremely concerned about the escalation of arrests, intimidation, and harassment of journalists and human rights defenders in Indian-administered Kashmir. A statement has today, 11 February 2022, been released by the Critical South Asia Group at Warwick outlining concerns and calling for the immediate release of Fahad Shah, Sajad Gul and Khurram Parvez. Details are also provided of petitions that can be signed in support of their release.

Read the statement in fullLink opens in a new window

The Critical South Asia Group at Warwick brings together staff and research students whose scholarly work focuses on South Asia. The group draws upon the wide-ranging inter-disciplinary backgrounds and academic expertise that we bring together as a collective. In particular, we seek to interrogate the ways in which 'South Asia' itself is constituted as an 'area' of study within dominant disciplines, and we strive to bring a 'critical' perspective to issues of culture and languages, historiography, political economy, law, social inequality (with a particular focus on gender, caste, ethnicity, religion) and borders and boundaries. We also endeavour to cross the lines between academic research and social action.

The Critical South Asia group hosts a monthly webinar covering topics of interest in conversation with scholars, journalists, policy-makers, and others. Interested in tuning in? Subscribe to our newsletterLink opens in a new window and check our News and Events page for the latest updates and see below for details. You can watch all recordings of the CSAG Webinar Series on our YouTube Channel. 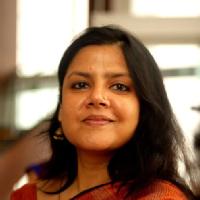