A frequent claim from labour market information users (e.g., educational and training providers) is the lack of disaggregated data to identify the current requirements of the labour demand. This project, conducted by Dr Jeisson Cardenas-Rubio, pilots and assesses whether information from job portals can be classified according to the relatively new 6- digit UK Standard Occupational Classification (SOC) developed by the ONS. It thus opens new research avenues in assessing the possibility of organising and coding vacancy data and understanding the dynamics of the labour market at a more disaggregated level. 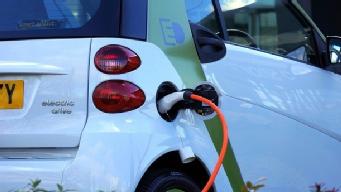 Examining new data on vacancies for green jobs suggests that demand is not growing and that further stimuli and support will be needed to deliver this revolution.

LMI for All new vacancy dataset 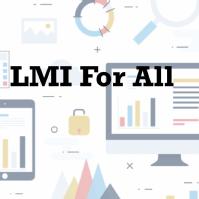 The team have presented to the Department for Education and the Skills Advisory panels this month, whilst Jeisson will be presenting more on the methodology at the upcoming Economic Statistics Centre of Excellence and BEIS virtual workshop on online job vacancy data in December. 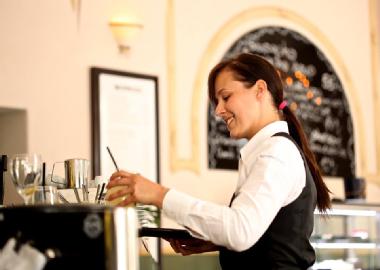 New labour market data released by the UK’s Office for National Statistics (ONS) shows that the small rise in unemployment recorded in May has held. Unemployment has not yet risen because of the furloughing scheme. However, the collapse in job vacancies is being taken as a marker of the massive unemployment to come. The aggregate vacancy data masks some significant variations by occupation. Experimental data analysis by the Warwick Institute for Employment Research (IER) reveals falling and increasing demand for different jobs in the UK labour market.

The ONS data reveals that the retail and hospitality sectors are a particular problem. However, the headline data masks significant variations by occupation. Understanding which jobs are less available and which, if any, offer opportunities is important for people facing unemployment or about to leave school, college or university this summer.

As part of extending the data available in its labour market information project – LMI for All – the team at IER is currently piloting a new web scraping technique to collect UK vacancy data. LMI for All brings together different sources of labour market data to support careers advice. It is used by government, careers organisations and schools across the UK and is increasingly influential internationally. The team’s current task is to develop a method to apply the constant stream of updated vacancies to the UK occupational classification system. This data will enable the creation of trend data to analyse real-time labour demand in the UK. Web scraping consists of a computerised method to automatically collect information from across the Internet (e.g. job portals). For the LMI for All pilot, the vacancy information was scraped daily from two of the significant job portals in the UK: The Guardian and Reed, and from February 2019 to date. These two job portals are significant because they receive a high number of visits per day and include lots of information about the jobs being advertised.

Steep fall in vacancies for waiters/waitresses

The data shows some very bad news for some occupations. The obvious example is waitering jobs. Vacancies for these jobs have collapsed during the Covid-19 crisis, as we show below Graph 1 indicates the number of job vacancies posted online (y axis) from February 2019 to April 2020 (x axis).

Graph 1: Trends in job vacancies for waiters/waitresses in the UK

This stark decline in vacancies for waitering jobs is not a surprise. The hospitality industry has been mothballed during the Covid-19 crisis, with restaurants and hotels closed for business. It is likely that full reopening will be difficult for companies in this industry. Restaurant and hotels will likely operate below capacity. Unfortunately, furloughing just hides looming unemployment for many workers in this industry. Indicatively, the Restaurant Group, which owns Italian American style restaurant chain Frankie and Benny's, announced the closure of 125 restaurants in June with up to 300 job losses. More similar announcements are likely.

In the UK context, these jobs tend to have low job quality as indicated by pay (not untypically minimum wage) and formal skill levels. They can be good jobs, however, in terms of providing people with entry routes into work and for students needing to pay their way through study. They have a socially useful function therefore beyond helping feed customers.

Graph 2: Trends in job vacancies for nurses in the UK 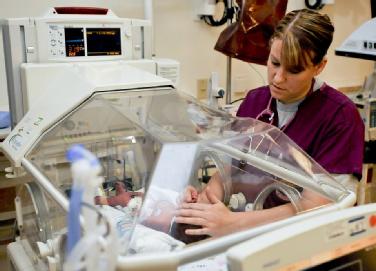 Nursing jobs tend to be good jobs – at least as measured by skill level. Many also offer career progression even if there are inequities in pay. The problem is that even before the Covid-19 crisis, the UK’s health service was struggling to fill its nursing vacancies. This problem is global. Worldwide there is a shortage of six million nurses. A further one million nurses are needed in Europe alone. In the UK, the Government urgently needs to rethink its workforce planning and delivery for nurses if the country’s shortfall is to be addressed. Given the likely global labour market competition for new nurses, one option would be to focus on retaining older existing nurses. Currently, too many leave the NHS from the age of 50. Understanding why they leave and what would make them stay is now imperative.

Knowing where the jobs are and aren’t will be important

More broadly, this vacancy data shows that the shape of the UK workforce is likely to change, at least in the short-term. The impact of the Covid-19 crisis on jobs will not be even. The stock, or volume, of some jobs will decline, others will increase. To capture these changes, IER is creating a dataset that provides key insights into the UK labour market. In real time, we will be able to analyse demand for particular occupations and the skills needed within these occupations. As the UK economy contracts over the year, identifying where the job opportunities exist will be vital, not just for career advisers and those working in job centres but also for the unemployed as they retrain or new entrants as they come on to the labour market looking for jobs.

IER is seeking to appoint two outstanding researchers to contribute to developing and enhancing its reputation as an internationally leading, multi-disciplinary research-only institute. We intend to make two appointments from across the Research Fellow, Senior Research Fellow and Principal Research Fellow levels. Candidates with interests in any of the Institute’s diverse fields of research are encouraged to apply, although at least one of the appointments will be in the area of vocational education and training (VET), and at least one of the appointments will have strong quantitative research skills.

Application deadline 8 January 2017, and interviews will be held on 2 February 2017