Warwick Business School’s Institute of Governance and Public Management is the focus of our exceptional research strength in the theory and practice of governance at local, national, regional and global levels. The Institute's work, which brings together senior policy-makers, public managers from all levels of government and the public and voluntary services and leading academics, is complemented by expertise in the Department of Politics and International Studies, the Centre for the Study of Globalisation and Regionalisation and the School of Law.

Theory and Practice of Governance

Researchers cover an extensive array of issues relating to the political, economic and social contexts for governance in a number of different areas, such as global and regional governance, the global economy, corporate governance, the role of international institutions and the relationship between state and non-state actors. Work is centred on the Institute of Governance and Public Management, the Department of Politics and International Studies, the Centre for the Study of Globalisation and Regionalisation and the School of Law, including the South Asian Research Network.

Work in the Department of Politics and International Studies' Centre for Studies in Democratization, the Economics Department and the Centre for the Study of Globalisation and Regionalisation covers topics such as the theory and growth of the state, political development theory and democratisation. Researchers also study forms of political organisation such as federalism and devolution.

Researchers work on the processes of policy formation, including the role of pressure groups and other non-state actors, the expression of public policy through laws and they analyse and evaluate the laws once promulgated. The range of public policy studied includes economic and financial, commercial, environmental and educational as well as public policy in Europe, the US and the developing world. This work is centred in the School of Law, the Department of Economics, the Institute of Employment Research, the Institute of Education and Warwick Business School's Institute for Governance and Public Management and Centre for Small- and Medium-Sized Enterprises.

Issues such as morality in public life, ethics in business and moral hazard in financial institutions are being studied by our researchers. 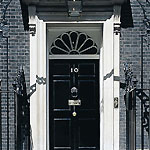