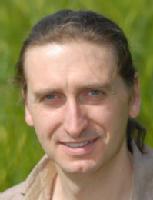 Crops can be grown in Arsenic contaminated soil without being poisonous

Researchers in Life Sciences are working on ways to contribute to developing safe crops which can be grown in As contaminated soil but reduce the amount of As going to the edible part.

Who wants to live for ever?

Research into the process of ageing hasn’t quite found the key to immortality, but it is revealing the way our bodies change over time and what factors contribute to longer and healthier lives. Evolutionary biologist Dr Andre Pires da Silva is looking at the genetics of a species of roundworm and the length of their lives, with a view to gaining insight into human aging. He has found some astonishing results.

Over the next 5 years NERC (The Natural Environment Research Council) will invest £100m to support PHD students, including those at the University of Warwick, meaning the next generation of world-class scientists trained and engaged in both industrial and academic environmental solutions will be produced by the University.

Enzyme discovery could help in fight against TB

An enzyme structure discovery made by scientists at the University of Warwick could help to eradicate tuberculosis (TB).

Research by a team led by Dr Elizabeth Fullam, has revealed new findings about an enzyme found in Mycobacterium tuberculosis (Mtb) the bacterium that causes TB. TB causes more deaths than any other infectious disease, including from HIV and malaria.

The University of Warwick has been awarded £2 million to tackle the spread of viruses in East Africa.

The award has been made to the NIHR Global Health Research Group on the Application of Genomics and Modelling to the Control of Virus Pathogens (GeMVi) in East Africa at the University of Warwick. GeMVi brings together expertise in pathogen sequencing and predicative modelling. Life Sciences academics Professor James Nokes and Professor Matt Keeling are co-investigators. 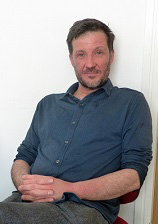 Memory, learning and cognitive flexibility depend on a protein ‘off-switch’ in the brain, according to a breakthrough discovery made by an international research collaboration co-led by Dr Mark Wall at the University of Warwick.

This new knowledge could enable us to better understand and combat neurological diseases which inhibit memory, such as Alzheimer’s.

New academic appointments in the School of Life Sciences

The School of Life Sciences invites applications for four new academic positions to strengthen key research areas in the School. This is part of our strategic growth on the Gibbet Hill Biology campus, supported by investment in a new Interdisciplinary Biomedical Research Building that will bring together researchers from Life Sciences and Warwick Medical School to understand the origins and mechanistic basis of diseases. 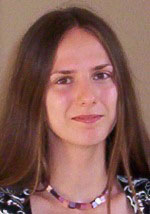 The funding will be given to projects looking into Type 1, Type 2 and gestational diabetes.

In one of these projects, Dr Freya Harrison, from the School of Life Sciences, will be using medieval remedies to find new sources of antibiotics. She has already discovered a combination that can kill antibiotic-resistant bacteria in the lab.

Professor R.John Ellis to be presented with 2019 Centenary Award 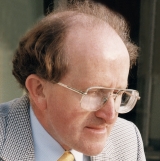 Professor R.John Ellis, an Emeritus in the School of Life Sciences, has been honoured in the Biochemical Society's annual Awards. The awards recognise scientists for the excellence of their work and the impact it has had within the bioscience community and wider society.

Professor Ellis will be presented with the 2019 Centenary Award for his pioneering research on molecular chaperones and their role in protein folding.

Odd genetics of a tri-sexual worm

In a recent paper published in Current Biology, Dr Andre Pires da Silva and colleagues describe a species of nematode that has three sexes - male, female and hermaphrodite. Auanema rhodensis, the worm featured in the study, uses an unusual reproductive strategy with only one sex chromosome (X). Hermaphrodites and female worms have two X chromosomes; males have just one X chromosome. Researchers found that some hermaphroditic worms will produce sperm with two X chromosomes and eggs with no chromosomes. When the hermaphroditic worms and male worms mate, only more male worms are produced. One possible explanation is that male worms may be important for the species' genetic diversity, providing A. rhodensis with the ability to adapt to changing conditions more efficiently than other species.

VirionHealth receives up to $4.2M from DARPA

University of Warwick spin-out company, VirionHealth - a new biotechnology company developing novel therapeutics for respiratory viral infections, has announced that it has won non-dilutive funding worth up to $4.2 million from the US Defense Advanced Research Projects Agency (DARPA).

Founded in 2017 on pioneering research of Professors Easton and Dimmock in the School of Life Sciences, VirionHealth is developing a new class of biological antivirals to create improved therapeutics for respiratory viral infections, focusing on prevention and treatment of influenza and respiratory syncytial virus (RSV). The company is a world leader in the development of precisely engineered, non-infectious, defective interfering particles. www.virionhealth.com

Dr Barker also spoke with Phil Upton on BBC Coventry and Warwickshire, describing how researchers are utilising genetic diversity from the UK Vegetable Genebank to enhance the appearance, quality and resistance of sprouts. Listen at www.bbc.co.uk/programmes/p05nlj64 (1:41-1:45) 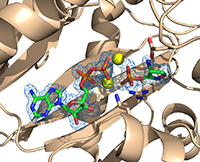 Tuberculosis, and other life-threatening microbial diseases, could be more effectively tackled with future drugs, thanks to new research into an old antibiotic led by Professor David Roper at Warwick’s School of Life Sciences and Dr Luiz Pedro Carvalho from The Francis Crick Institute. 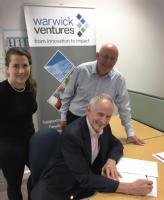 VirionHealth Ltd, a new biotechnology company developing novel therapeutics for respiratory viral infections, today announced that it has raised up to £13 million in Series A funding from Abingworth, the international investment group dedicated to life sciences.

VirionHealth, founded on pioneering research by Professors Nigel Dimmock and Andrew Easton at the University of Warwick’s School of Life Sciences, is a world leader in the development of precisely engineered, non-infectious, defective interfering particles. This new class of biological antiviral acts by outcompeting replication of infectious viruses to both prevent and treat viral infections.

Dieting could be revolutionised, thanks to the ground-breaking discovery of the key brain cells which control our appetite. Professor Nicholas Dale in the School of Life Sciences has identified for the first time that tanycytes – cells found in part of the brain that controls energy levels – detect nutrients in food and tell the brain directly about the food we have eaten. 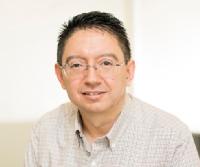 Cells can be programmed like a computer to fight cancer, influenza, and other serious conditions – thanks to a breakthrough in synthetic biology by the University of Warwick.

Led by Professor Alfonso Jaramillo in the School of Life Sciences, new research has discovered that a common molecule - ribonucleic acid (RNA), which is produced abundantly by humans, plants and animals - can be genetically engineered to allow scientists to program the actions of a cell. 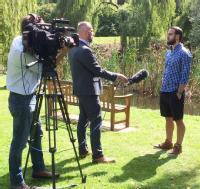 Research to help prevent the spread of Asian hornet across the UK - carried out by the University of Warwick - was recently featured on BBC Midlands Today and BBC Online.

Led by the Warwick’s Zeeman Institute for Systems Biology & Infectious Disease Epidemiology Research (SBIDER), the recent study predicts that Asian hornet – a voracious predator of honey bees and other beneficial insects – could colonise the UK within two decades.

Asian hornet to colonise UK within two decades without action

The yellow legged or Asian hornet – a voracious predator of honey bees and other beneficial insects – could rapidly colonise the UK unless its spread is combatted, according to new research by the Universities of Warwick and Newcastle, working with the National Bee Unit.

Professor Matt Keeling, from Warwick’s Zeeman Institute for Systems Biology & Infectious Disease Epidemiology Research (SBIDER), predicts that if Asian hornet nests are left to thrive in the UK, there could be hundreds of thousands of them in just over two decades – putting a critical strain on British populations of honey bees and other beneficial insects.